Insurance Costs Before and After the ACA: Experts Weigh In

One of the most closely watched features of the new health insurance marketplaces has been the cost of health plans sold in them. In 2014, the first year that consumers could enroll in marketplace plans, insurers had to set premiums based on very limited data about who would sign up for coverage and what their health status would be. And even though the open enrollment period ended only on March 31, insurers in several states have already been required to file premiums for the 2015 plan year, again based on limited data—although this time plans have at least demographic data on 2014 enrollees. With most (85%) of the 8 million people who enrolled in marketplace plans this year eligible for a subsidy, the cost trends for premiums will be important to consumers and the federal government alike.

On June 27, about 200 congressional and administration staff, journalists, and other policy stakeholders convened in Washington for a briefing to discuss what factors influence insurance premiums and how cost trends for marketplace plan premiums compare with cost trends in the individual insurance market prior to the passage of the Affordable Care Act (ACA). The briefing featured Jonathan Gruber, a professor of economics at the Massachusetts Institute of Technology; Cori Uccello, actuary and senior health fellow at the American Academy of Actuaries; David Cusano, a senior research fellow at the Center on Health Insurance Reforms at Georgetown University; and Elizabeth Hall, vice president for federal affairs at WellPoint, Inc. Comoderating the briefing were Edward Howard of the Alliance for Health Reform and Rachel Nuzum, Commonwealth Fund vice president for federal and state health policy.

Historically, regulation of the private insurance market has been the purview of state officials. As Nuzum pointed out, there was no national, standardized approach to rate review prior to the ACA. Some states didn’t require insurers to file premium increases with insurance departments in a systematic fashion, while many of the states that did chose not to make the information public or even to maintain their records. And states generally offered only limited opportunity for consumer input.

The ACA mandates that the U.S. Department of Health and Human Services or the states review all premium rate increases in the individual market. As Georgetown’s Cusano explained, carriers must provide sufficient data and documentation to explain proposed rate increases, states must make rate filings publicly available online, and there must be a mechanism for receiving public comments on proposed rate increases. By enabling access to standardized information about plan prices and benefits, the new reporting requirements should allow consumers to make more informed choices and spur plan competition. They will also afford researchers and policymakers access to comparable data on cost trends nationwide.

In discussing his latest paper, Growth and Variability of Health Plan Premiums in the Individual Insurance Market Before the Affordable Care Act, MIT’s Gruber noted that from 2008 to 2010 premium growth in the individual insurance market was both high and variable. Overall, premiums rose an average of 10 percent or more per year during this period, before implementation of the ACA. While Gruber acknowledged that the data are not fully comprehensive, he said they provide the best available overview of rate growth in this market pre-ACA and an important benchmark for assessing future premium cost trends.

Actuary Uccello, meanwhile, explained how premium rates are determined and what is likely to drive changes in 2015. One major driver, she said, will be the composition of the risk pool and how it compares with insurers’ predictions. As insurers set their premiums for 2015, they will have information on 2014 enrollee demographics but only limited data on enrollee health status, owing to the delay in medical claims processing. Other factors influencing 2015 premium changes are the reduction of reinsurance program funds and underlying health care cost trends.

Wellpoint's Hall reminded the audience that the regulatory market in 2014 has been very different compared with previous years, and that insurers priced plans based on educated guesses. When pricing 2015 plans, the most concrete additional information carriers have is demographic data for 2014 enrollees. With medical claims data still only partly available, 2015 is still very much a year in transition, she said. Insurers need complete claims data and experience, and much of that information won’t be available until carriers price for 2016.

During the question-and-answer session, panelists and audience members explored the effect on premiums of narrow provider networks, one method that insurers employed in 2014 to keep rates low. Hall reminded the audience that the actual size of the network is just one aspect to consider; also important are the value and quality of providers and hospitals included in the network.

The audience also questioned the panelists about the effect of the administration’s recently proposed rule to automatically renew the majority of 2014 enrollees in 2015 plans. Panelists agreed on the importance of promoting decision-support tools, especially during the marketplaces’ first couple of years, to help consumers compare plans and reevaluate as their life situations change. Such tools should not only enable comparison of premiums but should also help consumers evaluate plans’ cost-sharing requirements.

At the conclusion of the briefing, panelists speculated about how increased transparency in the rate review process might affect the individual insurance market and health care costs. Gruber predicted the entry of more small insurers into the market: now that consumers have a place to shop and compare plans, small insurers have a greater chance than ever before to compete with large, established companies. Cusano pointed out that even while the rate review process is making the components of premium costs more transparent to consumers, carriers will still need to use other methods for lowering the rate of growth in health care costs—such as using their leverage to drive down provider prices. Rate review may well help bend the health care cost curve, but it must be part of a broader strategy.

J. Kiszla, "Insurance Costs Before and After the ACA: Experts Weigh In," The Commonwealth Fund Blog, July 3, 2014 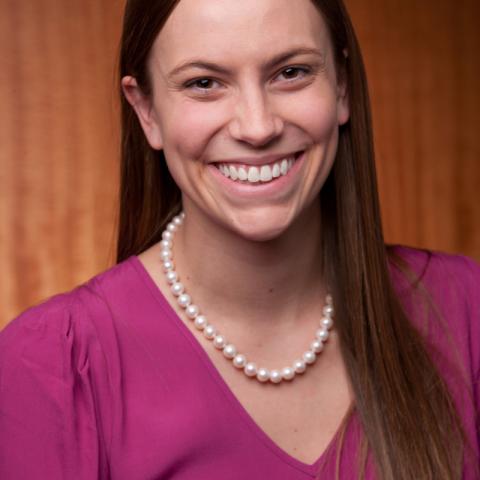