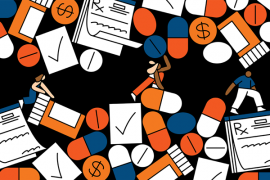 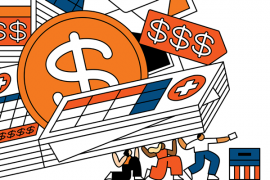 Medicaid: Repeal the ACA Medicaid expansion for adults; provide block grants to states to design their own programs; increase accountability through work requirements.

Individual market and marketplaces: Has promoted weaker regulations on plans that don’t comply with the ACA’s preexisting condition protections and other requirements; elimination of advertising and enrollment assistance during open enrollment; elimination of payments to insurers to offer lower-deductible plans.

Overall approach: Protect insurance for people with preexisting conditions by supporting and building on the ACA; expand insurance coverage and reduce consumers’ health care costs by enhancing the ACA’s marketplace subsidies, covering people currently eligible for Medicaid in nonexpansion states, and giving more people in employer plans the option to enroll in marketplace plans with subsidies.

Medicaid: Expand enrollment by allowing eligible people in 12 states without Medicaid expansion to enroll in a public plan through the marketplaces with no premiums; make enrollment easier with autoenrollment.

Individual market and marketplaces: Expand enrollment through enhanced subsidies, greater advertising and enrollment assistance: no one pays more than 8.5 percent of income on marketplace coverage; change the benchmark plan from silver to gold to reduce deductibles and cost-sharing.

Medicare: Would allow people ages 60 to 65 to enroll in a Medicare-like heath plan.

I don’t have health insurance. Will the approaches provide me with new options?

Trump: The number of people without health insurance has increased under the president’s watch in part because of policies that have eliminated the promotion and advertising of marketplace open-enrollment periods, enrollment restrictions in Medicaid, and immigration policies that have had a chilling effect on enrollment of legal immigrants and their children. Trump supports a lawsuit now before the Supreme Court that argues for repeal of the ACA, which would eliminate coverage for as many as 20 million people. Says he will come up with a replacement but has yet to do so.

Biden: Has introduced proposals to build on the ACA by covering people in the 12 states that haven’t expanded Medicaid and enhance subsidies for marketplace plans. This would provide new options for people who are currently uninsured and increase coverage over time.

I have a preexisting health condition. Will the approach guarantee that I can always get covered?

Biden: The vice president pledges to support and build on the ACA, retaining its preexisting condition protections.

My premiums and deductibles are becoming less affordable; will the candidates’ approaches lower them?

Trump: The president eliminated payments to insurers to reimburse them for offering lower-deductible plans in the ACA marketplaces to people with lower incomes, as required by the law. This had the effect of increasing premiums for people not eligible for subsidies. He has promoted the sale of non-ACA-compliant health plans, like short-term plans. These plans have lower premiums for healthy people but screen for preexisting conditions and often provide little cost protection if someone becomes sick. He has loosened regulations for association health plans, although that was turned back under legal challenge. The repeal of the ACA would mean the loss of marketplace subsidies and preexisting-condition protections, making coverage unavailable or unaffordable for people with low and moderate incomes and those with health problems.

Biden: The vice president’s proposal to enhance marketplace subsidies will cap the amount of premiums people pay at 8.5 percent of income, including people in employer plans who would have the option to enroll in the marketplaces. By linking subsidies to gold plans, deductibles would also fall for those who choose those plans.

I am worried about racial inequity in health care. Will the approach make health coverage more equitable?

Trump: Uninsured rates among Hispanic people have risen under the president’s watch. Repealing the ACA would further eliminate coverage gains made by Hispanics, as well as Black people and Asian Americans, widening racial disparities in coverage and access.

Biden: The vice president’s proposals to expand coverage under the ACA will particularly benefit people of color. This is because people living in the 12 states that have not yet expanded Medicaid are disproportionately Black and Hispanic.