New ACA Marketplace Findings: Premium Costs For Lower-Income Enrollees Similar To Those With Employer Coverage; Many Who Say They Can't Find An Affordable ACA Plan Could Qualify For Subsidies

New York, N.Y., September 25, 2015—Six in 10 marketplace enrollees and 55 percent of those with employer plans reported they pay either nothing or less than $125 a month for individual coverage, according to a new report from The Commonwealth Fund.

According to Are Marketplace Plans Affordable?, one of two new briefs based on the Commonwealth Fund Affordable Care Act (ACA) Tracking Survey, there are similarities between premium costs for marketplace enrollees and those for people with employer plans. That’s because most marketplace enrollees are eligible for a premium subsidy and do not pay the full premium amount out of their own pockets, similar to how most employers pay part of their employees' premiums. The effect of subsidies is seen most clearly among people earning less than 250 percent of the federal poverty level ($29,175 for a single person), 72 percent of whom paid nothing or less than $125 a month in premiums.

However, people with employer coverage perceived their health insurance as more affordable, with 76 percent reporting it was very or somewhat easy to afford their premiums, compared to 53 percent of those with marketplace coverage. The difference narrows for those with lower incomes: 65 percent with employer coverage said it was easy to afford, compared to 54 percent with marketplace coverage.

“The survey findings suggest that the Affordable Care Act’s premium subsidies have been effective in making the cost of marketplace coverage similar to that of employer plans for people who have been most at risk of being uninsured,” said Sara Collins, lead author of the report and vice president for Health Care Coverage and Access at The Commonwealth Fund. “But many marketplace enrollees report high deductibles.”

The second study, To Enroll or Not to Enroll? Why Many Americans Have Gained Insurance Under the Affordable Care Act While Others Have Not, focused on people’s experience shopping for and enrolling in marketplace and Medicaid coverage. Two-thirds (66%) of people who bought new marketplace coverage or switched plans during the 2015 open enrollment period said costs (premiums, deductibles, and copayments) were the most important factor in selecting a plan.

Affordability was also a primary reason why some who shopped for coverage ultimately didn’t enroll—57 percent of those who visited the marketplaces and didn’t select a plan said they could not find a plan they could afford. Excluding people who got coverage through another source, 54 percent of people who said they couldn’t find an affordable plan had incomes that would have qualified them for subsidies. One-quarter (26%) of those who said they couldn’t find an affordable plan lived in a state that had not expanded Medicaid and had incomes below the range that made them eligible for marketplace subsidies.

The report found that personal enrollment assistance was helpful to potential enrollees in both marketplace plans and Medicaid. After controlling for demographic differences like income and education, 78 percent of marketplace visitors who received personal assistance eventually enrolled, while only 56 percent of those who did not get assistance did.

People who enrolled also had an easier time comparing premiums, out-of-pocket costs, and benefits compared to those who didn’t sign up for coverage.

“The Affordable Care Act was designed to assure all Americans have access to affordable and comprehensive health insurance so they can get the health care they need,” said Commonwealth Fund President David Blumenthal, M.D. “But this survey shows that problems understanding insurance offerings are keeping many people from getting insured.”

Having their preferred provider in their plan’s network was of less concern than were costs to survey respondents when they were selecting a plan in the marketplace—22 percent of those who chose a plan in 2015 said having their preferred doctor, health clinic, or hospital in their plan was the most important factor in their decision. Many consumers were not averse to selecting a plan with a “narrow network” of providers—54 percent who had the option to pay less for a plan with fewer participating doctors or hospitals did so.

The authors conclude that the cost of insurance was a significant reason why millions of people were uninsured prior to the passage of the ACA and it continues to be a top factor in consumers’ decisions about whether to sign up for coverage and about which plans they choose. Many people who ultimately did not enroll expressed concerns about affordability, even those in the range for subsidies. Others selected lower-cost plans that may leave them exposed to high deductibles. The authors suggest that “getting assistance during the enrollment process may help people better understand the trade-offs between health plans they were considering. …Whether someone received personal assistance or not during the enrollment process made a significant difference in whether they signed up for coverage.” 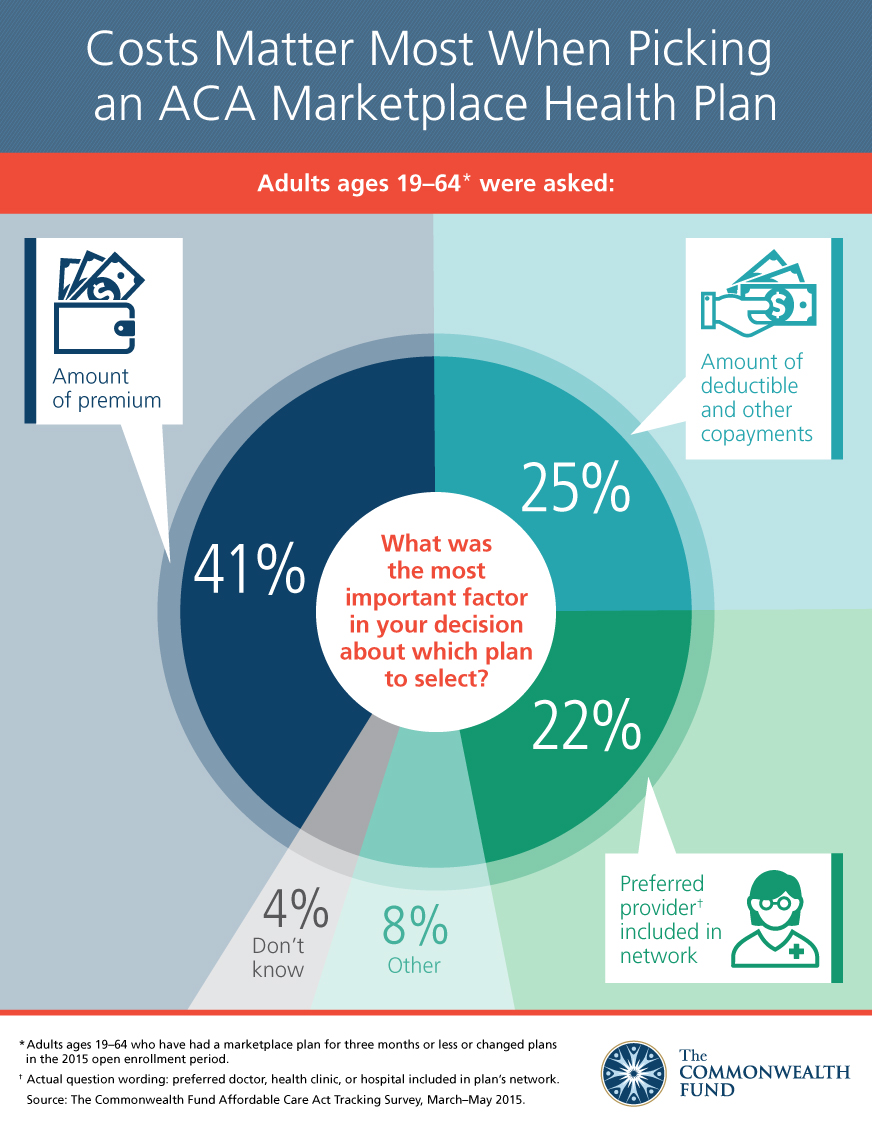 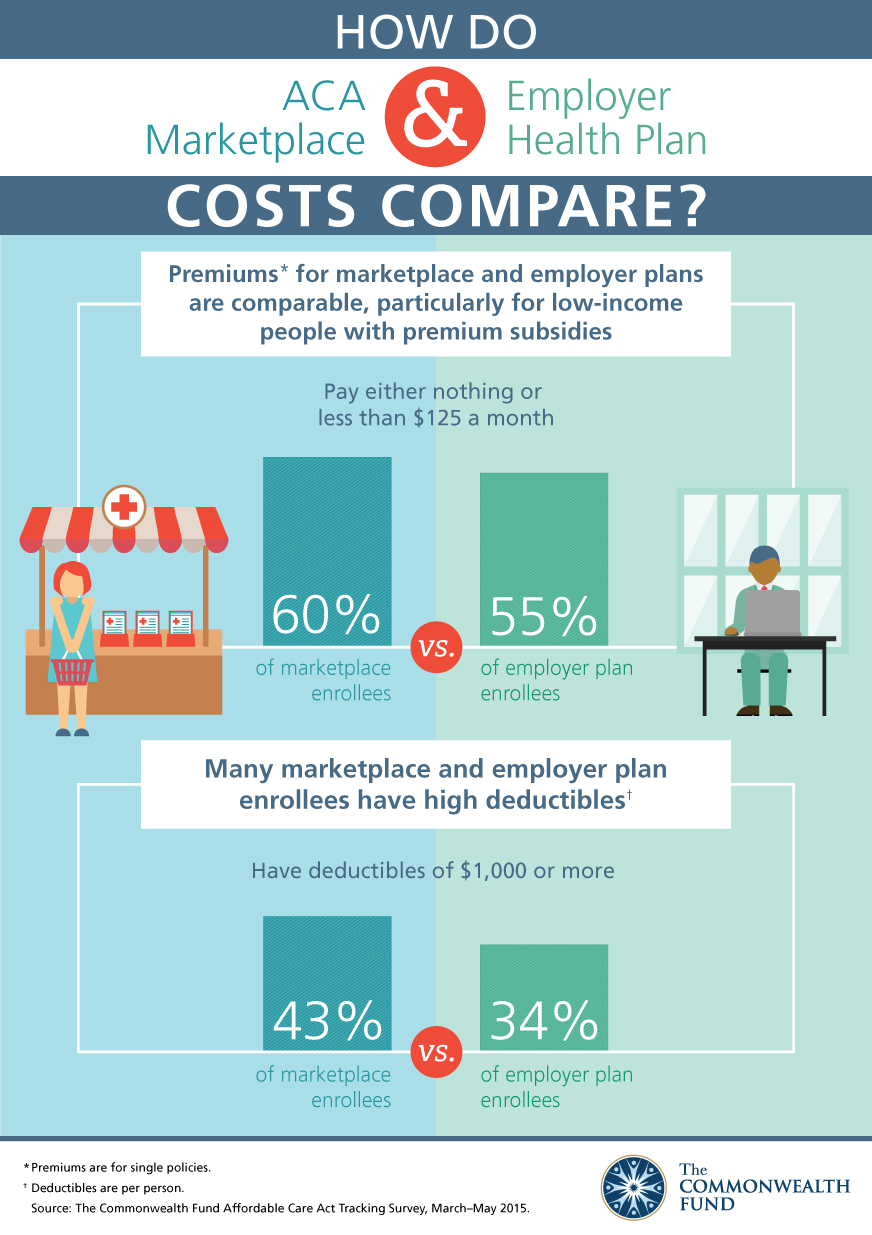