New Survey: Two of Five Working-Age Adults Do Not Have Stable Health Coverage; More Than One-Third Have Medical Bill Problems

In the first half of 2020, 43 percent of working-age adults did not have stable health insurance coverage. The reasons for the instability varied — some were uninsured at the time of the survey (12.5%), some experienced a coverage gap (9.5%), and some were insured for the full year but had such high out-of-pocket costs or deductibles relative to their income that they were effectively “underinsured” (21%), according to results from the Commonwealth’s Fund’s latest Biennial Health Insurance Survey.

The survey, fielded between January and June 2020, offers a big-picture look at Americans’ health insurance, including the quality and extent of their coverage and whether or not they could afford health care. It is part of the Fund’s Biennial Health Insurance Survey series conducted since 2001.

The authors note several policy options at the federal and state levels that could move the nation toward universal, comprehensive coverage and provide relief to U.S. families during the pandemic. These include:

The full report will be available after the embargo lifts at: https://www.commonwealthfund.org/publications/issue-briefs/2020/aug/looming-crisis-health-coverage-2020-biennial.

“The survey shows a persistent vulnerability among U.S. working-age adults in their ability to afford coverage and health care. That vulnerability could worsen if the COVID-19 pandemic and related economic downturn continue. Coverage inadequacy is compromising people’s ability to get the care they need and leaving many with medical debt at a moment of widespread health and financial insecurity, and an uncertain future.”

“This survey examined Americans’ health insurance as our country slid into the worst public health and economic crisis in generations. What we found is troubling. Even before the pandemic, people were struggling with inadequate health coverage and mounting medical debt. It has never been more important to ensure that all U.S. residents have affordable, comprehensive coverage to survive this pandemic and beyond.”

The Commonwealth Fund Biennial Health Insurance Survey, 2020, was conducted by SSRS from January 14 through June 5, 2020. The survey consisted of telephone interviews in English and Spanish and was conducted among a random, nationally representative sample of 4,272 adults ages 19 to 64 living in the continental United States. A combination of landline and cellular phone random-digit dial (RDD) samples was used to reach people.

Statistical results are weighted to correct for the stratified sample design, the overlapping landline and cellular phone sample frames, and disproportionate nonresponse that might bias results. The resulting weighted sample is representative of the approximately 193.5 million U.S. adults ages 19 to 64.

Comparing Health Insurance Reform Options: From “Building on the ACA” to Single Payer 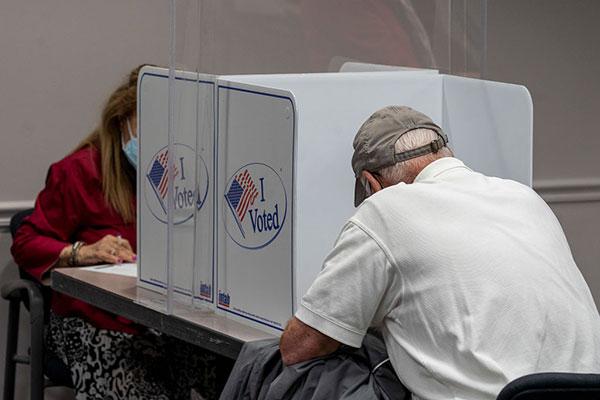