Expanding Medicaid in All States Under the American Rescue Plan Would Add More Than a Million New Jobs, Study Shows

More than 4 Million Uninsured People Would Gain Coverage if All 14 Holdout States Expand Medicaid; States’ Economies Would Grow by $350 Billion from 2022 to 2025

Expanding Medicaid eligibility in the 14 remaining states under the American Rescue Plan (ARP) would lead to the creation of more than 1 million jobs nationwide, with the largest gains in Texas, Florida, North Carolina, Georgia, and Missouri, according to a new report from the Commonwealth Fund and researchers at the George Washington University’s Milken Institute School of Public Health.

The ARP increases federal funding for states that adopt the Affordable Care Act’s (ACA) Medicaid expansion, by paying 90 percent of the cost of covering newly eligible adults, with an additional five-percentage-point “bonus” federal match on existing state Medicaid expenditures for two years. As of May 2021, 14 states — Alabama, Florida, Georgia, Kansas, Mississippi, Missouri, North Carolina, Oklahoma, South Carolina, South Dakota, Tennessee, Texas, Wisconsin, and Wyoming — still have not expanded the program. Missouri and Oklahoma have passed ballot initiatives to begin expansions, but it is unclear if Missouri will move forward.

The report, The Economic and Employment Effects of Medicaid Expansions Under the American Rescue Plan, estimates the health, economic, and employment gains from 2022 through 2025 for all 14 states, and the nation overall, if they adopt Medicaid expansions.

This study shows that with the additional federal support in the American Rescue Plan, Medicaid expansion in the remaining 14 states could revive state economies and create more than 1 million new jobs, in addition to helping millions of low-income Americans gain health insurance. The economic and social benefits of Medicaid expansion are immense and would ripple through the broader U.S. economy.

Leighton Ku, Ph.D. Director of the Center for Health Policy Research at the George Washington University Milken Institute School of Public Health and lead author of the report 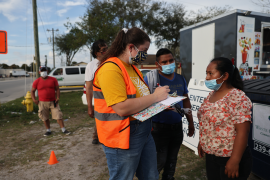 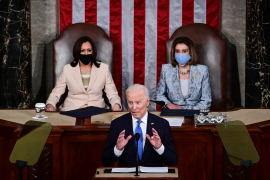 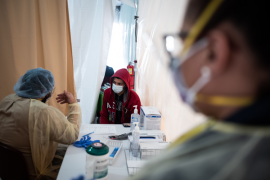 To conduct this analysis, the researchers drew on estimates of the additional number of people who would enroll in Medicaid if these 14 states expanded their Medicaid income eligibility levels to 138 percent of the federal poverty level as of January 2022. They calculated how these changes would bring new federal funding that would flow into each state as federal Medicaid matching funds or as bonus funds authorized by the ARP for the years 2022–2025. They also adjusted for other budgetary changes. They then used REMI’s PI+ dynamic economic model to estimate how the additional funding would increase states’ economies and stimulate job growth over the next four years, for each of the 14 states and the rest of the nation.

States that have elected not to expand Medicaid are leaving millions of the poorest people in the country without access to affordable health insurance. The American Rescue Plan is a fresh opportunity not only to finally extend coverage to more than 4 million people, but to promote job and economic growth in the wake of one of the deepest recessions in generations.