Realizing Health Reform's Potential—Oceans Apart: The Higher Health Costs of Women in the U.S. Compared to Other Nations, and How Reform Is Helping 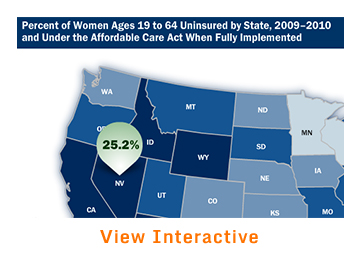 An estimated 18.7 million U.S. women ages 19 to 64 were uninsured in 2010, up from 12.8 million in 2000. An additional 16.7 million women had health insurance but had such high out-of-pocket costs relative to their income that they were effectively underinsured in 2010. This issue brief examines the implications of poor coverage for women in the United States by comparing their experiences to those of women in 10 other industrialized nations, all of which have universal health insurance systems. The analysis finds that women in the United States—both with and without health insurance—are more likely to go without needed health care because of cost and have greater difficulty paying their medical bills than women in the 10 other countries. In 2014, the Affordable Care Act will substantially reduce health care cost exposure for all U.S. women by significantly expanding and improving health insurance coverage.