Jobs Without Benefits: The Health Insurance Crisis Faced by Small Businesses and Their Workers

Ruth Robertson, Kristof Stremikis, Sara R. Collins, Michelle M. Doty, Karen Davis
The share of U.S. workers in small firms who were offered, eligible for, and covered by health insurance through their jobs has declined over the past decade. Less than half of workers in companies with fewer than 50 employees were both offered and eligible for health insurance through their jobs in 2010, down from 58 percent in 2003. In contrast, about 90 percent of workers in companies with 100 or more employees were offered and eligible for their employer’s health plans in both 2003 and 2010. Workers in the smallest firms—and those with the lowest wages—continue to be less likely to get coverage from their employers and more likely to be uninsured than workers in larger firms or with higher wages. The Affordable Care Act includes new subsidies that will lower the cost of health insurance for small businesses and workers who must purchase coverage on their own. 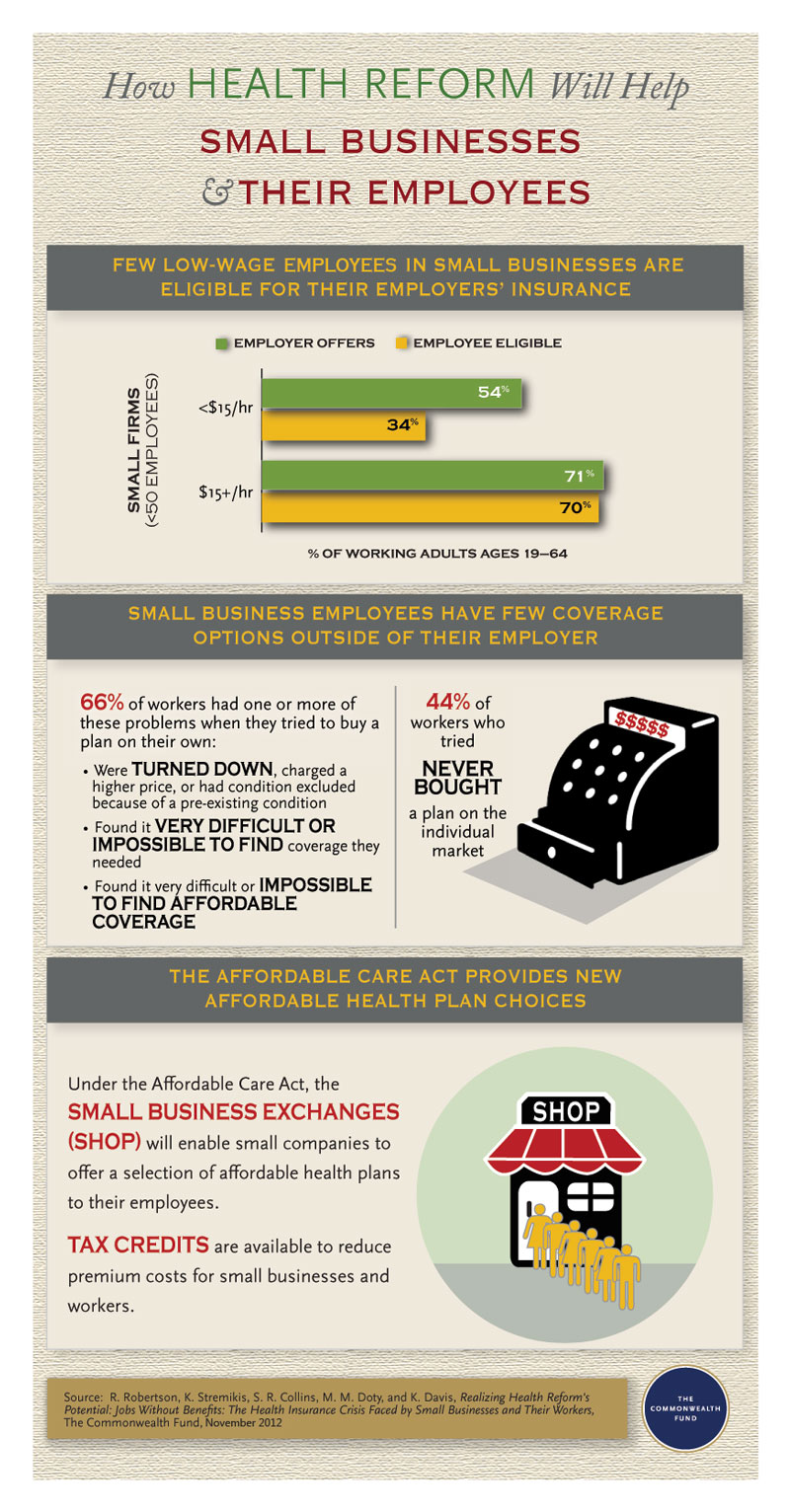