Looking Under the Hood of the Cadillac Tax

One effect of the Affordable Care Act’s “Cadillac tax” (now delayed until 2020) is to undo part of the existing federal tax preference for employer-sponsored insurance. The specific features of this tax on high-cost health plans—notably, the inclusion of tax-favored savings vehicles such as health savings accounts (HSAs) in the formula for determining who is subject to the tax—are designed primarily to maximize revenue and minimize coverage disruptions, not to reduce health spending. Thus, at least initially, these savings accounts, rather than enrollee cost-sharing or other plan features, are likely to be affected most by the tax as employers act to limit their HSA contributions. Because high earners are the ones benefiting most from tax-preferred accounts, the high-cost plan tax will probably be more progressive than prior analyses have suggested, while having only a modest impact on total health spending.

The Affordable Care Act’s high-cost plan tax (HCPT), popularly known as the “Cadillac tax,” is a 40 percent excise tax on employer plans exceeding $10,200 in premiums per year for individuals and $27,500 for families. The tax is scheduled to take effect in 2020. Employer and employee premium contributions will count against the threshold, as will most employer and (pretax) employee contributions to health savings accounts (HSAs), Archer medical savings accounts (MSAs), flexible spending accounts (FSAs), and health reimbursement accounts (HRAs).1 Guidelines for determining which coverage is taxed are partly subject to interpretation by the Internal Revenue Service (IRS); the information provided here reflects the most up-to-date guidance.2,3

Previous studies have highlighted several problems with the HCPT. Its effect is likely to vary according to regional differences in wages, input prices, and other factors that affect premiums, many of which are beyond the control of employers and employees.4 The tax will probably also disproportionately affect workers with high health care costs and those who have negotiated generous benefit packages, such as public-sector union workers.5

This brief focuses on how the HCPT is likely to affect health care spending. Initially, the tax will probably have little impact on plan offerings but is likely to affect tax-preferred savings vehicles. Our analysis of data from the National Compensation Survey and the Survey of Consumer Finances suggests that the tax will be more progressive than prior analyses have indicated and will have smaller short-term effects on health spending.

IRS formally recognizes “cafeteria plans,” which allow employees to choose from array of benefits and exclude value of these benefits from gross income.7

By increasing plan generosity, the tax exclusion may lead to higher spending through greater demand for medical care.19 The relationship between plan generosity and medical spending depends on how responsive spending is to out-of-pocket costs. Research suggests that consumers respond to higher cost-sharing by reducing their use of services, particularly for more discretionary expenditures,20 rather than by seeking less costly providers.21–24

In contrast to the effect of the general tax exclusion, favorable tax treatment of savings vehicles encourages people to choose less generous health insurance with higher coinsurance and deductibles. This is certainly the case for MSAs and HSAs, which can be used only in conjunction with high-deductible plans, and may also be true of FSAs, which do not impose such restrictions.25 At the same time, among people with similar coverage, those with savings accounts are likely to use more services than those who do not have such accounts.26

Both the tax exclusion of health insurance and the favorable tax treatment of savings vehicles are regressive in nature. High-income workers benefit the most because they have the highest tax rates and also have access to generous benefits, take up these benefits, and contribute to savings accounts.

Effects of the Cadillac Tax

The HCPT affects only health expenses above a threshold. There is still a strong tax benefit below this threshold, making it unlikely that employers will respond to the tax by eliminating offerings altogether. This tax benefit is maximized at the threshold ($10,200 for single coverage) (Exhibit 1).

The range of spending types covered by the HCPT may encourage employers to reduce costs by reducing payments to savings accounts, for several reasons. First, these plans have little intrinsic insurance value—higher-income workers (the group most likely to have these plans) can usually use other savings to pay for expenditures.

Second, these savings vehicles are quite widespread and often hold balances that are quite large relative to premiums, so employers can substantially reduce their exposure to the HCPT by adjusting the contribution limits. The most recent estimates suggest that about half of all American workers had access to an FSA. In 2015, 26 percent of firms offering benefits offered at least one HSA or HRA compatible plan, and 24 percent of covered workers were enrolled in such plans.27 The latter figure has increased by 11 percentage points since 2010.28

Third, in addition to these employer contributions, employees can choose how much to deposit into their FSA or HSA (up to predefined limits established by the IRS and the employer), but employers are responsible for making HCPT payments if total costs exceed the limits.34 Thus, employers face increased exposure to unexpected tax liabilities. Surveys have indicated that employers might eliminate or limit savings accounts because of their concern about these liabilities.35,36

The availability of savings accounts may encourage people to enroll in less generous health insurance plans with lower-than-average premiums, offsetting the costs associated with savings accounts. In principle, this might mean that offering tax-favored savings accounts reduces overall payments for employer-based health care plans. In practice, however, the value of applicable coverage from these plans—which includes employee contributions—often exceeds that of traditional preferred provider organizations (PPOs) and health maintenance organizations (HMOs). In 2015, the average premium savings of $1,008 for single coverage was less than the average contribution to an HSA (including both contributors and noncontributors). By 2018, the total cost of the average HSA-compatible high-deductible health plan, including premiums and account contributions, is projected to be $1,653 more than the cost of the average HMO plan.37 The combined cost is even higher with FSAs, which are usually coupled with PPO-type plans—the most costly plan types.38,39

Reducing tax-favored contributions to FSAs and HSAs will raise tax revenues. Paradoxically, these changes may not reduce health care spending. The immediate effect will be increased out-of-pocket costs because more of these costs will have to be met with after-tax dollars, which is likely to reduce total spending. But the changes will ultimately slow participation in high-deductible plans, which is likely to increase spending, since people with higher cost-sharing plans, such as the high-deductible plans required for HSAs, use less medical care than do those with conventional plans.

Who Will the Tax Affect Most?

Prior analyses of the HCPT have shown that it is relatively progressive.40,41 However, these analyses may understate its progressivity, at least in the early years, because information about health savings account ownership and contributions is not readily available. Ownership and funding of FSAs and HSAs are more skewed toward high-income workers than are health benefits more broadly. Studies show that high earners are much more likely to fund savings accounts and to fund them fully.42,43

One measure of the use of FSAs and HSAs is whether an employer offers the accounts to employees. Employers of highly paid employees are most likely to offer such accounts (Exhibit 2).44

However, many employees who are offered savings accounts do not use them or do not make significant contributions to them. Our analysis of the available data show that account ownership is skewed toward higher-income earners and that account balances are highest among the highest earners (Exhibit 3).45 High earners benefit most from making contributions to these accounts because they have both the highest tax rates and the most discretionary income available for saving.

Note: Data are for households with at least one savings account, no children at home, and a head of household under the age of 65. All dollar amounts are in 2013 dollars. Responses used to calculate these figures may include balances in Coverdell or 529 (state-sponsored) education savings accounts, health savings accounts, and/or medical savings accounts.
Source: Federal Reserve Board, Survey of Consumer Finances, 2007, 2010, and 2013.

How Could Plan Design Change?

As noted above, employers are initially likely to respond to the HCPT by limiting employer and employee contributions to FSAs and HSAs. This change will have the greatest effect on high-income employees, who are most likely to be contributing substantially to these accounts and who face the greatest gap between pre- and post-tax dollars.

The data suggest that in addition to the primary effect of reducing contributions to savings accounts, the HCPT will have secondary effects on employee plan choices. With reduced contributions, employees will favor plans with lower premium and out-of-pocket costs, since they will have to pay for these costs with after-tax dollars.46 This preference, in turn, will encourage employers to offer plans with similar attributes.

In general, employers have two options for reducing the cost of employee health coverage: increasing cost-sharing or offering plans with more restrictive provider networks. Since the HCPT makes higher cost-sharing less attractive to employees, it will probably lead to somewhat greater participation in plans with narrow networks than previously projected.

The HCPT was designed to maximize revenues and minimize the possibility that employers will drop health insurance coverage. By taxing only the portion of plan costs that exceeds a threshold, the HCPT ensures that most employer-sponsored benefits will remain intact. However, the HCPT limits the tax benefits of health savings accounts, which may reduce the appeal of high-deductible plans. While the HCPT does not erase the distortionary effects of the favorable tax treatment of health insurance, it is a more progressive tax. Finally, employers may respond to the HCPT by offering plans with narrow networks rather than increased cost-sharing.

14 M. Smart and M. Stabile, Tax Credits and the Use of Medical Care (National Bureau of Economic Research, July 2003).

39 G. Claxton and L. Levitt, How Many Employers Could Be Affected by the Cadillac Plan Tax? (Henry J. Kaiser Family Foundation, Aug. 2015).

40 L. J. Blumberg, J. Holahan, and G. B. Mermin, The ACA’s “Cadillac” Tax Versus a Cap on the Tax Exclusion of Employer-Based Health Benefits: Is This a Battle Worth Fighting? (Urban Institute, Oct. 2015).

45 We limited our sample to families without children at home in order to exclude families most likely to have education savings accounts.

S. Glied and A. Striar, Looking Under the Hood of the Cadillac Tax, The Commonwealth Fund, June 2016. 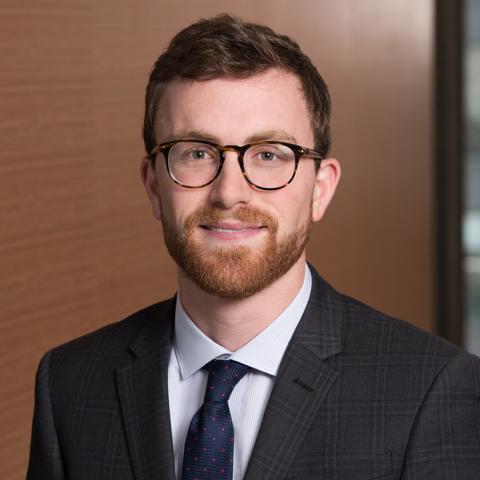