A survey of older people in 11 countries finds that U.S. adults are sicker than their counterparts abroad, as well as the most likely to have problems paying their medical bills and getting needed healthcare. U.S. adults also reported difficulty getting care in a timely fashion and using emergency departments for issues that a primary care physician could treat. Among the bright spots for the United States: having a care plan for chronic illness, and planning for end-­of-­life care.

Across the developed world, national health systems must contend with caring for aging populations with high rates of disability and chronic disease. Because so many receive care from several providers, manage a complex care regimen, and take multiple prescription medications, older people face particularly high exposure to health system flaws that can result in physical harm as well as higher costs. The Commonwealth Fund surveyed adults age 65 or older in 11 countries to understand how well health systems are caring for older adults, where the gaps in performance are, and how policy reforms can make a difference.

"Despite having Medicare coverage, older U.S. adults remained much more likely to face financial barriers to care than their counterparts in other developed countries.”

U.S. older adults were much more likely to face financial barriers to care than their counterparts abroad, the author say. Despite Medicare coverage, older Americans have less protection from health care costs, primarily because of high deductibles and copayments, especially for pharmaceuticals, and limitations on catastrophic expenses and long-term care coverage.

The 2014 Commonwealth Fund International Health Policy Survey of Older Adults was conducted by phone from March through May 2014. More than 15,000 people age 65 or older took part in Australia, Canada, France, Germany, the Netherlands, New Zealand, Norway, Sweden, Switzerland, the United Kingdom, and the United States.

Compared with their counterparts in 10 other industrialized countries, older adults in the U.S. are sicker and more likely to have problems paying their medical bills and getting needed health care. 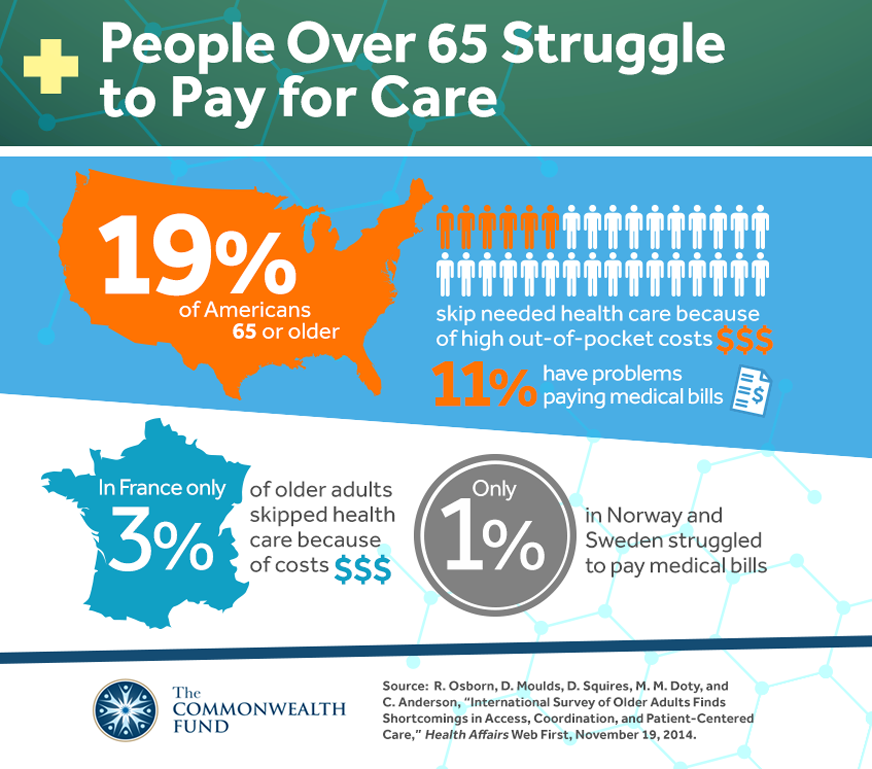 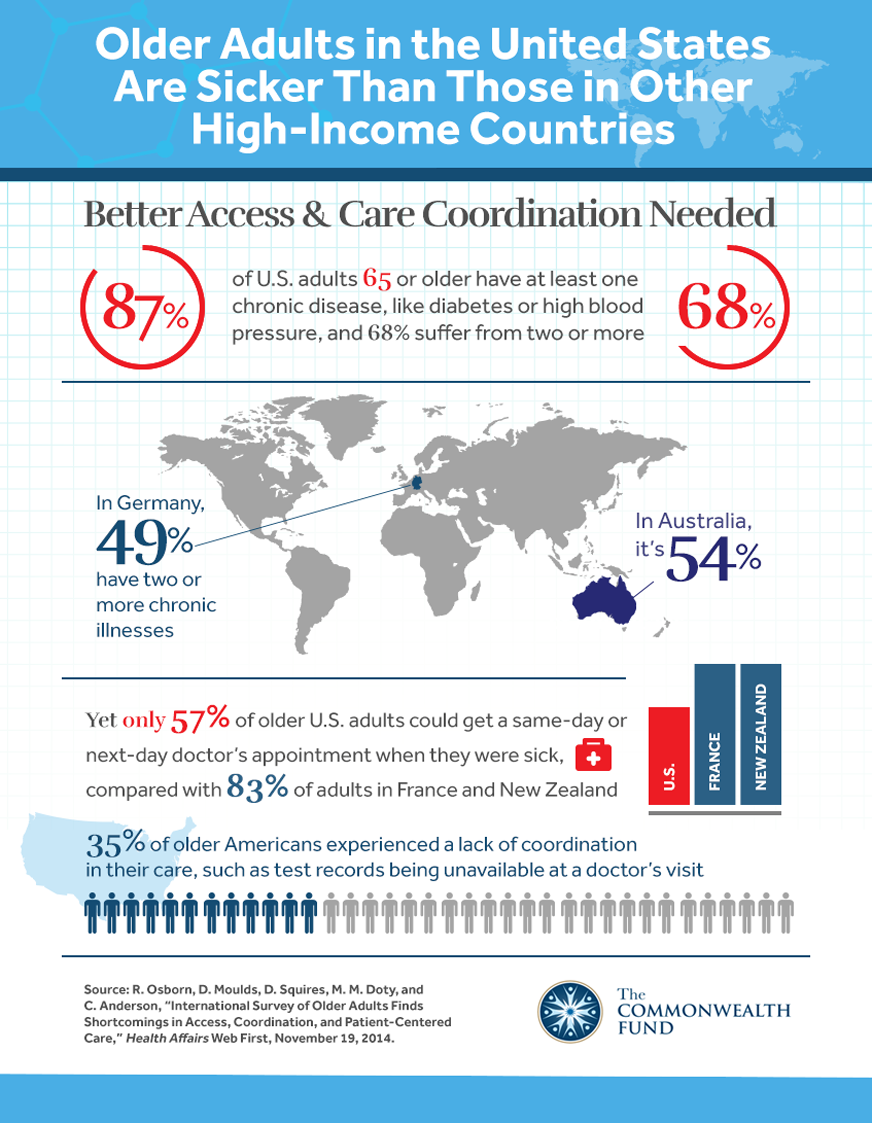