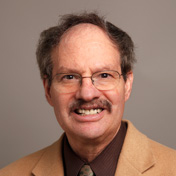 More than 10 million Americans have gained health coverage through the Affordable Care Act’s federal and state-based marketplaces. Another 10 million have enrolled in Medicaid or the Children’s Health Insurance Program. Still, the future of the ACA remains a subject of debate heading into next year’s presidential election. Among the key issues is the cost of the law’s insurance expansions. Jon Gabel, senior fellow with NORC at the University of Chicago, spoke with us about how and why premiums for marketplace plans have changed over the past year—the subject of his new study.

What can you tell us about the overall costs of the Affordable Care Act thus far?

"Also notable was the fact that in markets where one or more new carriers were added to the marketplace mix, premiums dropped 1.4 percent for each new entry. This decline is not really so much a surprise as it is a confirmation that the market is working the way it is supposed to."

One of the least known facts about the ACA is that so far it has cost a lot less than anyone expected. According to the Congressional Budget Office, the cost to the federal government over the next 10 years will be about 29 percent less than what was forecast in 2010. For a variety of reasons, I think that estimate is a little optimistic. But from a cost perspective, it’s clear that the program is off to a very good start.

Your study looks at premiums though, rather than at overall costs. What did you see with respect to premiums between 2014 and 2015?

Overall, costs stayed flat between 2014 and 2015. But it’s important to note that a lot of new, lower-cost plans were added to the market during that period. If we look only at the cohort of plans offered continuously over that time, you would see a net increase in premiums of about 4 percent.

Why do you think premiums stayed flat over the past year?

Insurers set their premiums for 2015 in the spring of 2014, at which point they had little claims experience to use as a guide. That’s not the case any longer. They have more experience in the market and more claims data to examine, and they can see that premiums aren’t covering medical claims plus administrative costs.

So you expect premiums to increase?

I do. Premiums will rise in 2015–16. It’s impossible to say how much they will go up, but it’s important to remember two things. First, carriers are just now getting real data and experience in this segment of the market. So they’re learning what’s appropriate and sustainable in terms of rates. Second, the “risk corridors” set up by the ACA, which allow insurers to share losses beyond a certain threshold with the government, will disappear after 2016. These allow insurers to play a little loose with respect to pricing, because if it turns out that they’re too aggressive, they government picks up part of the tab. That ends next year, and it’s going to make insurers more conservative.

You looked at whether and how a range of factors—plan type, competition, state versus federal, urban versus rural—affected premiums. Which factors made the most difference?

All of those are notable factors, but plan type and competition are perhaps the most significant. With respect to plan type, bronze plan premiums declined 8 percent nationally, while silver premiums declined 1.6 percent and gold plans declined just 0.9 percent. Also notable was the fact that in markets where one or more new carriers were added to the marketplace mix, premiums dropped 1.4 percent for each new entry. This decline is not really so much a surprise as it is a confirmation that the market is working the way it is supposed to.

We’re continuing to watch what’s happening and will have the same sort of analysis available for 2015–16. I think we’ll know where things are headed in a substantially more concrete way in two years. What is particularly important is that consumers know how to search for plans with the greatest market value.