HOW WE CONDUCTED THIS SURVEY

The Commonwealth Fund Affordable Care Act Tracking Survey, February–March 2018, was conducted by SSRS from February 6 to March 30, 2018. The survey consisted of telephone interviews in English or Spanish and was conducted among a random, nationally representative sample of 2,403 adults, ages 19 to 64, living in the United States. Overall, 131 interviews were conducted on landline telephones and 2,272 interviews on cellular phones.

This survey is the seventh in a series of Commonwealth Fund surveys to track the implementation and impact of the Affordable Care Act. To see how the survey was conducted in prior waves, see here.

As in all waves of the survey, the February–March 2018 sample was designed to increase the likelihood of surveying respondents who had gained coverage under the ACA. Interviews in Wave 7 were obtained through two sources: 1) stratified RDD sample, using the same methodology as in Waves 1–6; and 2) households reached through the SSRS Omnibus where interviews were previously completed with respondents ages 19 to 64 who were uninsured, had individual coverage, had a marketplace plan, or had public insurance. SSRS oversampled adults with incomes under 250 percent of the federal poverty level to further increase the likelihood of surveying respondents eligible for the coverage options as well as allow separate analyses of responses of low-income households.

The data are weighted to correct for oversampling uninsured and direct-purchase respondents, the stratified sample design, the overlapping landline and cellular phone sample frames, and disproportionate nonresponse that might bias results. Similar to wave 6’s sample design, the weights also corrected for oversampling respondents with a pre-paid cell phone. The data are weighted to the U.S. 19-to-64 adult population by age by state, gender by state, race/ethnicity by state, education by state, household size, geographic division, and population density using the U.S. Census Bureau’s 2016 American Community Survey. Data are weighted to household telephone use parameters using the CDC’s 2016 National Health Interview Survey (NHIS).

The resulting weighted sample is representative of the approximately 190 million U.S. adults ages 19 to 64. Data for income, and subsequently for federal poverty level, were imputed for cases with missing data, utilizing a standard general linear model procedure. The survey has an overall margin of sampling error of +/– 2.8 percentage points at the 95 percent confidence level. The overall response rate, including the prescreened sample, was 7.5 percent. 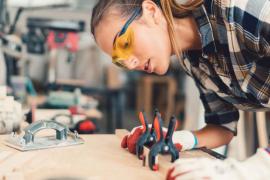 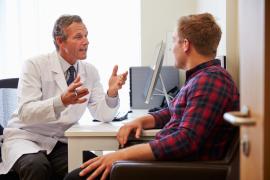