With congressional proposals to make sweeping changes to the Medicaid program stalled, federal executive actions have moved to the forefront. This post is the first in a series exploring how these actions may affect ongoing Medicaid delivery reforms.

Many states are testing the limits of their purchasing power to change the way Medicaid delivers and pays for services. This trend is driven by a number of factors. As the source of coverage for nearly 74 million Americans, Medicaid faces many of the same pressures as do Medicare and commercial insurers: a strong impetus to pay for value rather than volume; consolidation of health plans and provider systems; and rising costs, especially for prescription drugs. But Medicaid also has unique challenges, including managing care for low-income beneficiaries, who are less able to shoulder cost shifts and at greater risk of having unmet social needs than other Americans. And, notably, Medicaid is on the front line of the opioid epidemic as the largest source of coverage for individuals with opioid use disorder. 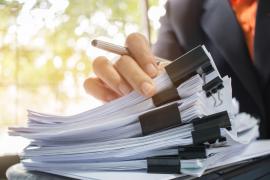 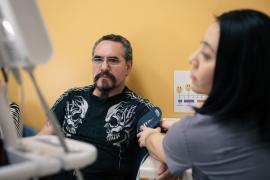 Are New Medicaid Waivers on a Collision Course with State Delivery System Reform?

In the 37 states where Medicaid managed care predominates, states have increased requirements for their managed care plans. For example, some states are requiring managed care plans to provide more data to support their contract bids and giving a competitive edge to plans that demonstrate capacity to improve value. States also are directing health plans to share financial risk with providers and make investments that address members’ social needs, for example for transportation or stable housing.

In a recent analysis of 39 Medicaid managed care contracts, Manatt found that 28 states require plans to engage in value-based payment arrangements with network providers and two other states encourage plans to do so. However, the administration is revising the federal Medicaid managed care rules; these revisions could alter both the requirements and the flexibility states have in this important area of delivery reform.

Focusing on Beneficiaries with Complex Health and Social Needs

States are also focused on ways to improve care and lower costs for high-need beneficiaries, including those enrolled in both Medicare and Medicaid (known as dual eligibles). States and managed care plans are revisiting their approaches to care management, with some favoring “high-touch” care coordination delivered through community health workers and other nontraditional providers. States also are looking for cost-effective ways to address beneficiaries’ unmet social needs.

Adults are most often the target of these efforts. But some states, as well as some managed care plans and providers, are exploring ways to provide trauma-informed care for children and ensure that children in the foster care system are neither underserved nor overmedicated.

Federal decisions will affect these delivery system reforms, including whether Medicaid funding will be available to address the social determinants of health, how waiver policies such as work requirements or other eligibility-related restrictions will impact continuity of coverage, and whether there will be new federal initiatives to align the Medicaid and Medicare programs and coordinate care for dual eligibles.

Integrating Behavioral and Physical Health, Expanding Prevention and Treatment of Substance Use Disorders

Because of the high cost of treating Medicaid enrollees with behavioral health needs, who often have comorbid physical health conditions, many states are restructuring their delivery systems and payment approaches to better integrate behavioral and physical health services. In addition, the opioid crisis has triggered new policies to prevent and treat substance use disorders and stem the number of overdoses.

Some recent federal actions have aligned with these state efforts. The Centers for Medicare and Medicaid Services has issued guidance on ways Medicaid can finance these initiatives and has granted waivers that allow funding for residential treatment in institutional settings that otherwise would not be permitted. Congress has made some new funding available and is considering several other initiatives that could boost available dollars both through Medicaid and other funding streams.

This is a dynamic and promising period for Medicaid delivery system and payment reform. As federal Medicaid policy changes take shape, it will be critical to assess their potential impact on states’ initiatives.