To take on high U.S. prescription drug prices, policymakers will need to ensure the patent system works for consumers and take steps to promote biosimilar drugs

Polling data show that high health care costs — and prescription drug prices in particular — are of major concern to Americans. Public outcry over the price of prescription drugs has contributed to the Trump administration and Congress taking steps to address prescription drug pricing. The administration laid out an ambitious multipronged approach to lower drug prices and reduce out-of-pocket costs. These initiatives include a biosimilar action plan, publishing drug prices in direct-to-consumer advertisements, and developing an international pricing index for drugs covered by Medicare Part B. But recently several have been dropped, delayed, or blocked by the courts. As a result, there is more pressure on Congress to pass meaningful legislation.

So what do the current legislative proposals contain? A few key themes include:

While bipartisan and bicameral efforts to address prescription drug prices and affordability are encouraging, the current proposals only address some of the problems our health system is facing. As policymakers and presidential candidates consider how to tackle prescription drug pricing, what issues still need to be addressed to bring down prices?

First and foremost, high launch prices must be addressed. The best negotiating in the world won’t make drugs affordable when the list price that is the starting point is exceedingly high.

The U.S. could employ a systematic approach to evaluating the incremental clinical benefit of new drugs, incorporate that information into pricing negotiations, and use it in decisions to align price and value. This approach, used in most other developed nations including Germany, can achieve a more reasonable drug pricing system, while also preserving true pharmaceutical innovation.

Once value is incorporated into pricing decisions, the government could take steps to be a more effective purchaser by aggregating its market power to command further discounts in competitive classes, a practice that leads to far lower prices in other countries. Medicare could negotiate on behalf of all seniors, for instance. States also have potential to act, as California Governor Gavin Newsom demonstrated in the proposed statewide purchasing system that would create a single-purchaser system for drugs for Medicaid, the correction system, counties, and others groups that choose to join.

In cases where affordable prices still can’t be achieved, binding arbitration could provide a solution. As the Medicare Payment Advisory Commission (MedPAC) explored, this process could help manufacturers and payers reach a middle ground that allows manufacturers to see a fair return on investment while also making a product affordable to payers and accessible to patients who need it.

It is also necessary to address the patent system and combat patent evergreening — that is, the practice of creating overlapping market exclusivity periods that extend monopoly periods — and other actions that prolong exclusivity beyond intended or justified time frames. These tactics, used to delay generic and biosimilar competition, can be addressed through the Food and Drug Administration (FDA) or the U.S. Patent and Trade Office (USPTO), without having to change patent law itself. For example, the FDA could adopt a “one and done” approach to patent exclusivity or a policy of denying exclusivity to products that do not represent a clinical improvement. The USPTO could change the way it reviews patents from pharmaceutical companies to ensure that each patent is a true innovation and not the application of a previous innovation to a new product. While this may be challenged in the courts, recent Supreme Court decisions suggest that this might be allowed.

Biosimilars offer a solution to the key drivers of drug spending: high-priced specialty biologics. Yet a successful U.S. biosimilars market has been slow to emerge. The U.S. could look abroad for solutions where the biosimilars market is gaining traction, such as streamlining the biosimilar approval and patent litigation process, coordinating with other regulators, and designating interchangeability without the current burdensome approval process for certain products. In addition, payers could employ value-based formulary design to help incentivize biosimilar uptake by lowering or even eliminating patient cost-sharing for biosimilars. In the Medicare Part D program, Congress could mandate that biosimilars be placed on lower formulary tiers than their biologic counterparts. As part of the broader movement toward paying for value, the Center for Medicare and Medicaid Innovation could pilot alternative payment models that include therapeutic areas with biosimilars.

While any step toward making drugs more accessible and affordable for patients is welcome, we won’t address the real prescription drug cost problem until we take on high prices in a meaningful way. That will require addressing high launch prices, curbing abuses of the patent system, and fostering a biosimilars market. Hopefully Congress and the presidential candidates will take these important issues on next. 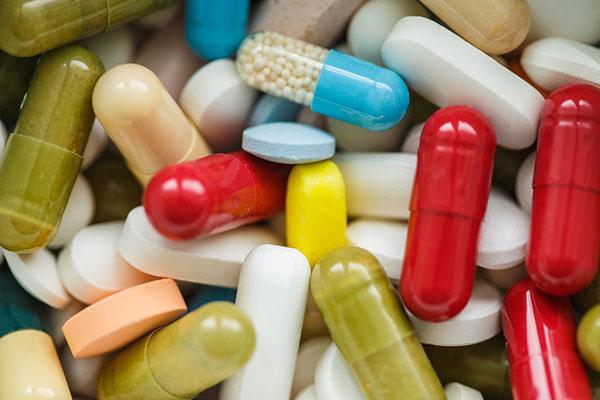 The Drug Pricing Debate Part II: The Many Acts of Congress
July 30, 2019 | To The Point 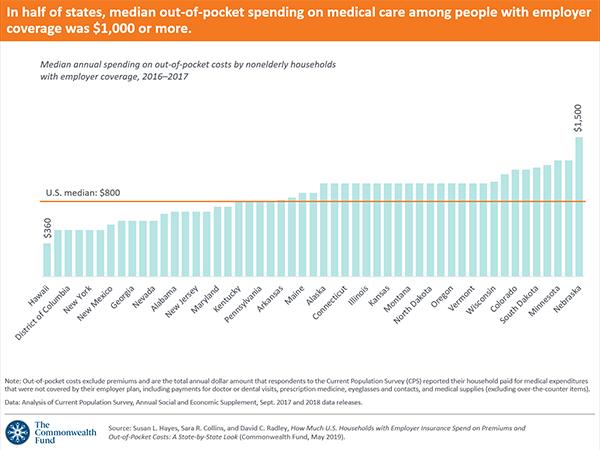 In half of states, median out-of-pocket spending on medical care among people with employer coverage was $1,000 or more
May 23, 2019 | Chart 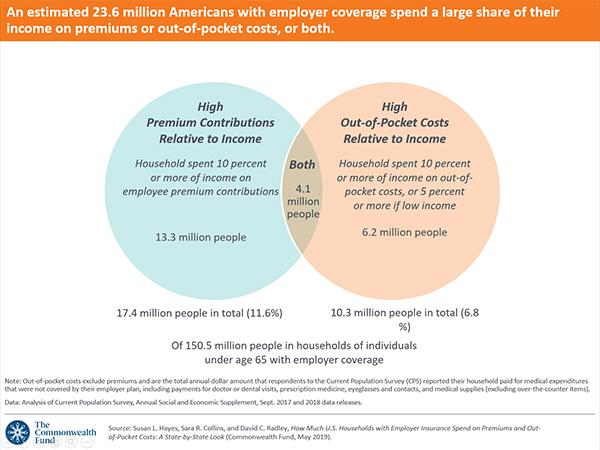 An estimated 23.6 million Americans with employer coverage spend a large share of their income on premiums or out-of-pocket costs, or both
May 23, 2019 | Chart 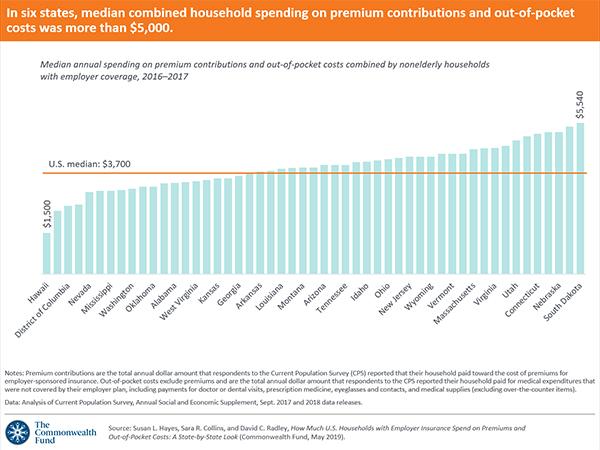 In six states, median combined household spending on premium contributions and out-of-pocket costs was more than $5,000
May 23, 2019 | Chart