Last March, the Centers for Medicare and Medicaid Services (CMS) approved a Medicaid waiver allowing Utah to cover adults with incomes up to 100 percent of the federal poverty level, or about $25,000 per year for a family of four. The waiver attracted considerable attention because the new coverage fell short of the full expansion up to 138 percent of poverty, which Utah voters had approved the previous November. By adopting a “partial expansion,” Utah accepted a lower federal matching rate, therefore shouldering higher state costs than it would under full expansion. The state planned to seek the higher matching rate through a second waiver request, but a few months after the March approval, the Trump administration announced it would not approve the higher match for partial expansions, a decision that also garnered considerable attention. What has largely escaped notice, however, is the precedent-setting provision in the March waiver approval that allows Utah to close enrollment for the newly covered adult group at any time “should projected costs for the group exceed annual state appropriations.” Allowing an enrollment cap to be imposed at will has significant implications not only for coverage, but also for efforts to improve care and lower costs. 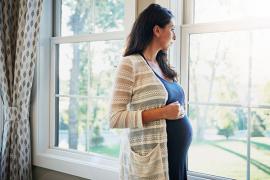 An enrollment cap is a form of rationing that is based neither on health care needs nor an individual’s income and ability to afford coverage or care. Under the authority granted, the state can decide how much it will spend on Medicaid for poor adults and open or close the application process accordingly. If Utah — or any state with this authority — reduces its appropriations, experiences higher-than-anticipated health care costs, or enrolls a sicker group of enrollees, it can stop taking new applications. Eligible people would be turned away regardless of their health care needs. Medicaid would be expanded in Utah, but in a way that ends the entitlement to coverage. For those locked out of coverage, care, if it is available at all, would be episodic and likely provided only when health deteriorates and urgent needs arise.

Enrollment caps are often described as setting up “first-come, first-served” coverage, but the reality is more complicated. People enrolled in Medicaid may lose coverage during a year for many reasons — rising income because of a new job or overtime, a change in family circumstances, or not completing paperwork. Not infrequently, the situation changes again — the new job is temporary, the overtime pay ends, paperwork is completed. When that happens, under normal rules people would regain coverage, a phenomenon known as “churning.” But, if enrollment is closed, they cannot regain coverage. They could possibly reenroll at a later point, if and when enrollment reopens, but the policy creates new gaps in coverage that disrupt care and efforts to promote better care management. Ironically, given the administration’s focus on work and community engagement requirements (also part of Utah’s waiver), an enrollment cap may end up discouraging people from changing jobs or adding work hours, as they might not be able to regain coverage if the job ends or their work hours are reduced.

The Utah waiver approval says little about CMS’s justification for the enrollment cap other than fiscal sustainability for the state. It also claims that the policy promotes coverage — the state indicated to CMS that it might drop coverage or curtail benefits if it did not receive authority to close enrollment. This explanation has been used by CMS to justify coverage losses resulting from work requirements but has been rejected in litigation challenging those requirements. As Judge Boasberg noted in his decisions striking down waiver approvals in Arkansas and Kentucky, any waiver policy, regardless of its impact on coverage or care, could be said to “further the objectives of the program” (i.e., the legal standard for approving Medicaid waivers) by positing that it might avoid other restrictions. Notably, the administration’s decision to deny states the higher federal matching rate for “partial expansion” increases state costs, making a shut down in enrollment even more likely.

The Utah legislature overrode the voters’ preference for a full expansion, leaving the full expansion in place as a backstop in the event the federal government did not allow the enhanced match for a partial expansion. In late September, Utah released another waiver proposal for public comment, this one calling for full expansion at the enhanced matching rate. The new waiver would retain the enrollment cap even though CMS has indicated that it would not approve a cap on populations receiving the higher federal match. If CMS ultimately approves the cap, litigation will likely follow. Meanwhile, although the issue of enrollment caps has received little public attention, states have been following it closely. As the policy debate continues, the implications for coverage, care, and costs should be carefully considered.