Access to family planning services is a fundamental component of women’s health and has been cited by Healthy People 2020 as one of the 10 great public health achievements of the 20th century and responsible for improving health outcomes for women and their families. Timely access to family planning can reduce the occurrence of pregnancy-related deaths, which are increasing significantly in the U.S. in contrast to most other developed nations. But federal and state policies — driven partly by a political opposition to abortion rights — are putting women’s access to comprehensive health care at risk. 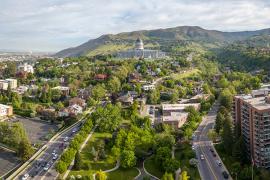 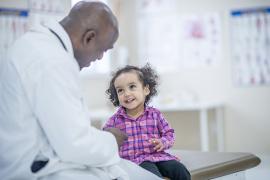 In March 2019, the U.S. Department of Health and Human Services (HHS) issued sweeping new regulations governing Title X funding, a federal grant program that is a major source of financing for family planning services. In 2018, HHS provided nearly $286 million in annual Title X grants to clinics that deliver comprehensive family planning and related preventive health services, mostly to low-income uninsured women. The new federal regulations — often referred to as the “gag rule”— impose new restrictions on the information Title X–funded health care providers can share with their patients, limiting patients’ options and raising ethical questions for clinicians by creating a barrier to comprehensive counseling. The rule also significantly limits access to family planning services by requiring that Title X grantees that provide abortions using other funds do so in facilities that are physically and financially separated from any facilities where Title X–funded services are provided.

In promulgating the rule, HHS predicted that the impact on access to services “will be zero.” However, Planned Parenthood, which serves more than 40 percent of Title X patients in its clinics nationwide, has stated it will no longer use Title X funding at its clinics as a result of the gag rule, relying instead on its emergency funds to provide services in the near term. If funding restrictions were to force Planned Parenthood to reduce services, patient access would suffer. According to a 2017 Guttmacher Institute analysis, the remaining providers could not fill the gap. If other Title X sites had to pick up the care for all women who receive such services at Planned Parenthood, those sites would need to boost their patient caseloads by 70 percent. Moreover, many women who rely on Planned Parenthood clinics do not live near other clinics that provide family planning services. Even if other clinics (e.g., federally qualified health centers) were able to absorb a sharp increase in volume, low-income women with limited transportation options would not necessarily be able to get to them.

Litigation quickly followed the release of the federal regulations. Federal district court rulings in California, Oregon, and Washington initially blocked implementation of the regulation, which was scheduled to go into effect in May. However, the Ninth Circuit Court of Appeals has since lifted all three injunctions, allowing HHS to implement the policy while the litigation continues.

In a related development, CMS is currently reviewing waiver proposals from Texas and Tennessee that would allow them to receive federal Medicaid funding even if they impose restrictions tied to whether providers offer abortion services using other funds. If approved, the waivers will likely be challenged in court, but the courts will no longer have the benefit of CMS’s guidance when they review the applicable law. This guidance — now rescinded — is often an important component of a court’s review. Several states have attempted to restrict family planning in recent years; to date the courts have largely, but not uniformly, struck down the restrictions consistent with CMS’s now-rescinded guidance.

Earlier efforts in Texas to limit family planning shed light on the likely impact of these waivers. In 2011, Texas excluded clinics that provide abortion services from participating in the state’s Medicaid-funded family planning waiver program. CMS denied federal funding for the program because of these restrictions. While the program continued with state funding, access suffered considerably. Fewer women received birth control: claims for long-acting, reversible contraceptives decreased by 36 percent between 2011 and 2014. The rate of Medicaid-covered childbirth increased by 27 percent. Concerns over decreased access prompted new state investments, which led to an increase in the number of women accessing services in 2016 and 2017. However, access is down by tens of thousands compared to 2010 enrollment, and the program only reaches a small percentage of the women estimated to need such services in Texas.

Family planning policies continue to evolve at the state and federal levels, with the courts increasingly engaged. Low-income women’s access to these services, which may serve as their principal access point for care, hangs in the balance.