“From the time he leaves, until the time he comes back, I don’t breathe,” Sarita Wyche, of Springfield Gardens in Queens, New York, says about her 20-year-old son, who works as a carpenter in the entertainment industry.

Wyche’s son’s hours are long and unpredictable — some days, he doesn’t come home until 2 a.m. “He’s had a driver’s license since he’s been 16, and he has a car, so he’s been stopped on several occasions. He’s never received a ticket in his life, but yet he’s been stopped,” she says.

Police discrimination against black Americans has gained recent attention after a spate of high profile incidents of young, black men dying at the hands of the police. Wyche’s son is black.

The daily stress around her son’s safety is just one of a number of sources of anxiety in Wyche’s life: a decade-long battle with the autoimmune disease lupus; the paucity of healthy food options in her neighborhood; and the constant worry that she, too, could be stopped by the police.

For Wyche, these environmental stressors make it hard to stay healthy. “It’s a shame that you have to be a prisoner in your own home,” she says. 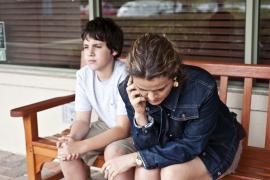 It’s a shame that you have to be a prisoner in your own home.

Wyche’s experience underscores how communities can have far-reaching effects on people’s health. Commonwealth Fund-supported researchers recently found that “in neighborhoods where people do not feel safe because of violence, gangs, drug addicts, or homeless on the street, they feel stressed, anxious, and depressed.” Feeling unsafe prevents people from walking around or doing other outdoor exercise, which has potential negative health consequences, according to this research.

Thirty-two-year-old Chiquita Turner is also reluctant to exercise outside or walk her son and niece to the local park — even though it’s less than two blocks away. Turner lives in South Los Angeles, in a largely Hispanic and black neighborhood.

“I would love to just let my kids roam free and play outside without the fear,” she says. But since she can’t, she’ll often take them on a trip to a different part of the city. “I want to show [them] there’s other things you can do besides being a part of your environment,” she says.

Their neighborhood, she explains, is marked by regular crime, gang violence, prostitution, and drugs. She says she is aware of at least three crack houses nearby, and regularly encounters debris, glass, broken metal, and other remnants of car accidents and break-ins. “There’s no respect for our community as there would be, say, in Beverly Hills where everything looks all bright and shiny and new. Over here it just looks like the other side of the tracks, you know? Run down, secondhand,” Turner says.

Turner gets the sense that “because we’re at the bottom of the totem pole,” there’s no effective response from public officials to the lack of cleanliness or crime in her neighborhood.

While leaving the house makes her anxious, Turner works at controlling her fears for herself and for her son. “I try to make it a point not to live every day on edge. Because my son is — he’s really good at picking up on something that isn’t right.” 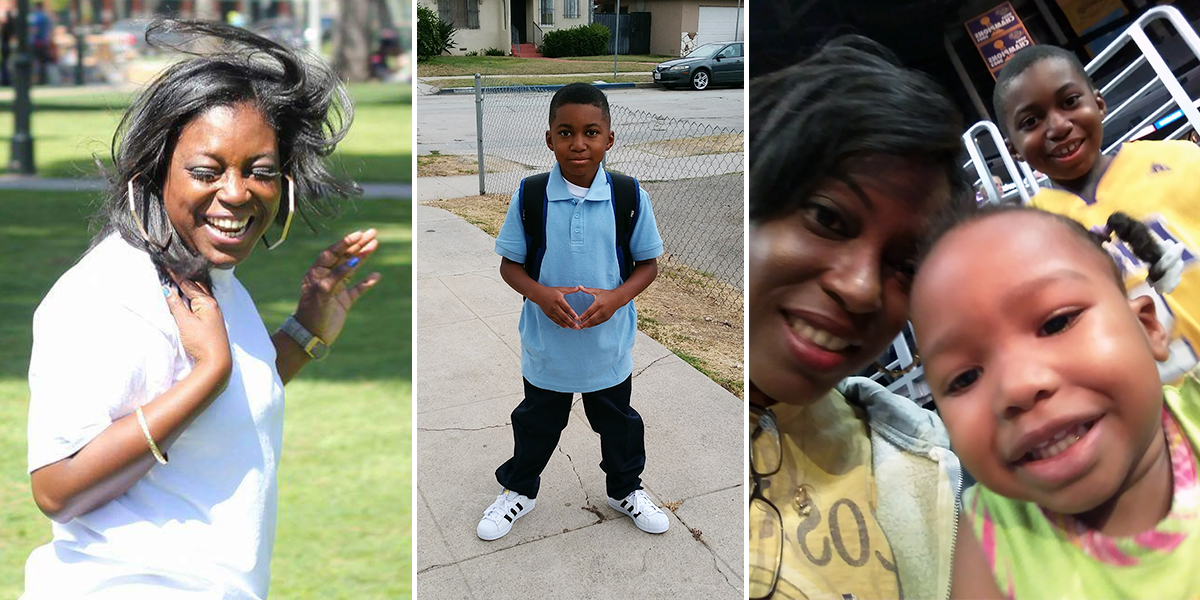 Chiquita Turner and her kids

Still, worrying about safety makes it hard for Turner to prioritize her health. She has had back trouble since a bad car accident in 2013, was diagnosed with posttraumatic stress disorder in 2016, and contracted a kidney infection in May 2017 that caused her to gain 40 pounds. She describes her frame as petite, and this sudden weight gain triggered another health concern: what to eat.

It is well documented that low-income neighborhoods do not have the same food options as wealthier ones. Millions of Americans live in poor neighborhoods that are either food deserts, which lack healthy food options, or food swamps, which have an abundance of cheap, low-nutrition options. Instead of well-stocked supermarkets with fruit and vegetables, the most convenient and affordable options in these neighborhoods are often corner stores and fast-food restaurants, which have a negative impact on health.

Turner says she can’t afford the grocery store in her neighborhood, so she has to travel by bus to get to one where she feels the quality of the food is worth the cost. “You have to be careful how you splurge because if you spend this $50 you’re going to need it next week,” she says, describing the “money game” she plays to track coupons and sales on fruit and vegetables.

The source of food nearest to Turner’s home — a seven-minute walk away — is a Burger King. She tries to avoid it, but ends up there at least a couple of times a month, when she can’t summon the energy to travel for food, and money is tight. “Ten chicken nuggets for $1.49, two sides of French fries for a dollar each, and I’ll stretch that amongst the kids, and I’ll get a burger with fries and that will be dinner,” she says.

On the other coast, in Queens, Burger King is also the easiest source of food for Wyche. She doesn’t go there; instead, she buys a lot of her food at a neighborhood health food store, a tremendous strain on her wallet.

The store is too expensive for staples, but the grocery store in her neighborhood isn’t much cheaper, and the produce it stocks isn’t up to her standards. “The fruits and vegetables are on the floor… it’s dirty, it makes you want to not eat any fresh foods because they’re not fresh,” she says.

To supplement the groceries from the health food store, she makes occasional trips with her son to the supermarket, a 30-minute drive away. “You want to be able to have access to the food that makes you live longer, gives you a better quality of life,” she says.

People rely on their families, friends, and others in the community to cope with enduring adversity. “The people around here, they pretty much band together, they look out for each other. Even the younger people — I’m coming in with groceries, young teenage boys will say, ‘Can I help you, miss?’” Wyche says.

Denise Williams, a 60-year-old woman who lives alone in a senior complex in Spring Valley, New York, spends much of her time volunteering with community organizations and dancing. After her mother died, her children, their families, and a large group of friends keep her going when times get tough. “If I call the family, they’ll make sure I got some food, or they’ll put some money in Western Union . . . they’ll accommodate me,” she says.

There is a pressing need to address the health challenges poor Americans face because of the communities in which they live.

Feeling unsafe, being disrespected, or not having healthy food options have a negative impact on health. These are challenges poor Americans face because of the communities in which they live, and making health care affordable and accessible to them requires fixing more than a 10-minute visit to the doctor or filling a prescription.

This post is the second in a “Listening to Low-Income Patients” series that draws on qualitative research to describe, in patients’ own words, different issues that impact their health such as quality of health care, community, and mental health and addiction. Detailed follow-up interviews were conducted with patients.

S. Seervai, Listening to Low-Income Patients: Where We Live Matters to Our Health, The Commonwealth Fund, January 2018.

Modernizing Race and Ethnicity Data in Our Federal Health Programs

Online Therapy Works. Will It Stick Around?