Sample: A nationally representative sample of 3,501 adults ages 19 and older and living in the continental United States.

Sample Size: 3,501 adults. The survey achieved a 45 percent response rate (calculated according to the standards of the American Association for Public Opinion Research). The survey has an overall margin of sampling error of +/– 2 percent at the 95 percent confidence level.

Interview Method: Standard list, assisted random digit dialing methodology, which selected telephone numbers disproportionately from area code/exchange combinations with higher-than-average density of low-income households. The 25-minute telephone interviews were completed in both English and Spanish, according to the preference of the respondent.

The economic downturn is forcing working families across the United States to make tough financial choices, often involving sacrificing needed health care and health insurance. Commonwealth Fund Biennial Health Insurance Survey data show insurance coverage deteriorated over the past six years, with declines in coverage most severe for moderate-income families. As result, more families are experiencing medical bill problems or cost-related delays in getting needed care. In 2007, nearly two-thirds of U.S. adults, or an estimated 116 million people, struggled to pay medical bills, went without needed care because of cost, were uninsured for a time, or were underinsured (i.e., were insured but not adequately protected from high medical expenses). 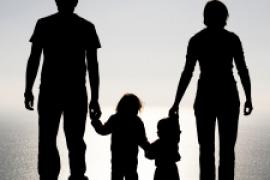