Findings from the 2021 International Health Policy Survey of Older Adults

An elderly man walks down the street wearing a mask on August 25, 2020, in New York City. Older Americans pay more for health care and are more likely to not get care for cost-related reasons than older people in other high-income countries. Photo: Andrew Lichtenstein/ Corbis via Getty Images 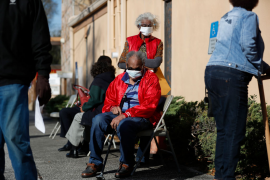 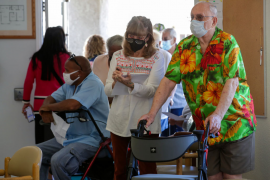 Comparing Nations on Timeliness and Coordination of Health Care

Medicare’s genesis was in response to crisis: before the program existed, 48 percent of Americans age 65 and older were uninsured and 56 percent paid their health care expenses fully out of pocket.1 The sick, elderly, and disabled were at risk of impoverishment simply by getting basic health care. Medicare helped close this gap by covering the costs of medical care for older adults, as well as younger people with disabilities, providing a vulnerable population with significant financial and health security.

Despite the financial protections Medicare offers to seniors, the program leaves many older adults exposed to high health care costs. Medicare has significant cost-sharing requirements, including deductibles and, for people in the traditional program, coinsurance with no limit on out-of-pocket spending. Services that many older adults and people with disabilities often need, including long-term care, vision, hearing, and dental services, are not covered under traditional Medicare.

By comparing Medicare to other universal coverage programs in high-income countries, we can evaluate how the gaps in coverage are affecting spending and health outcomes. This issue brief examines out-of-pocket spending and the extent to which health care costs are an impediment to care for people age 65 and older in the United States and other high-income nations. While the survey asked about health care use during the COVID-19 pandemic, this analysis focuses on costs as an impediment to health care that was unrelated to the pandemic. The COVID-19 pandemic may have nonetheless influenced older adults’ survey responses and the scope of care they deemed to be necessary. The analysis relies on data from the Commonwealth Fund’s 2021 International Health Policy Survey of Older Adults, conducted between March and June of 2021. The survey included 18,477 community-dwelling adults age 65 and older in the U.S. and 10 other high-income countries.2

What people pay out of pocket offers a window into how affordable health care is for older adults, many of whom live on fixed incomes and face financial challenges paying for care. In many high-income countries with national health insurance, older adults pay 5 percent of their income, or less, on health care costs. But in Australia, the United States, and Switzerland, older adults spend larger shares of their income on health care (Exhibit 1).3 While part of the difference in higher out-of-pocket spending in countries like Switzerland may be attributable to high average incomes, it also may be linked to needed services that are not covered by the health insurance system. 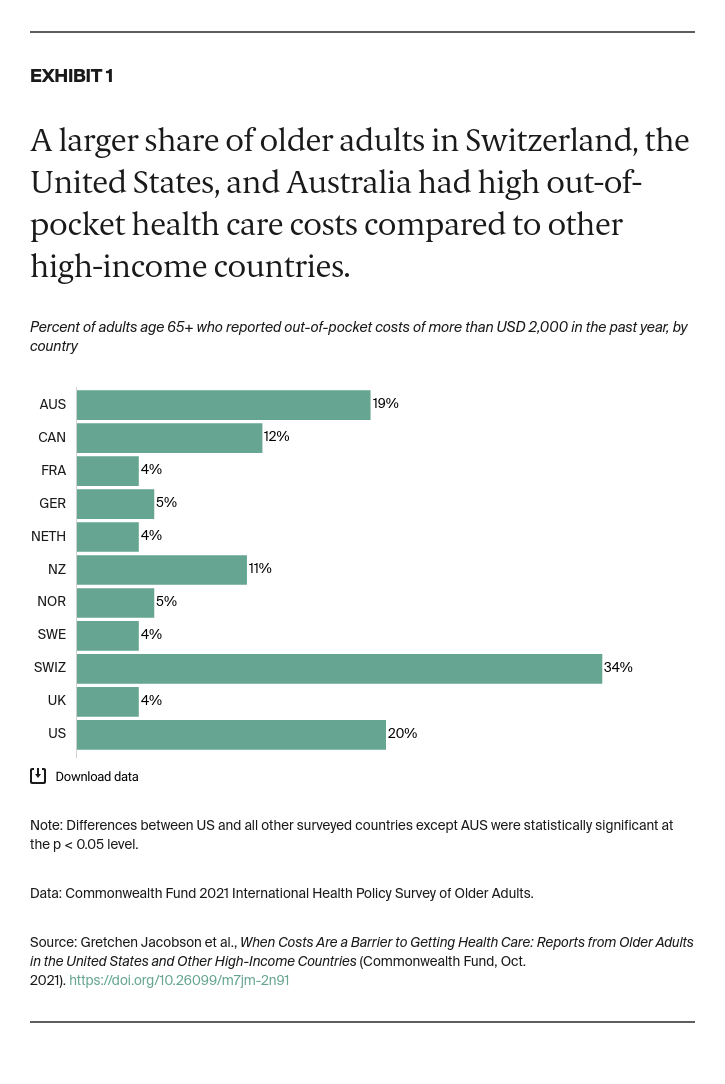 Health Care Postponed or Skipped Because of Costs

Overall, relatively few people across the countries postponed or skipped care because of costs. Compared to older adults in other high-income countries, a larger share of those surveyed in the United States — about one in 12 — postponed or did not seek a consultation about their medical problem or get a recommended medical test, treatment, or follow-up examination (Exhibit 2). In countries like Germany, the Netherlands, Norway, and Sweden, no more than 2 percent of older adults said they skipped medical services because of the cost. While high out-of-pocket costs are more common in Switzerland than the U.S., and as common in Australia, U.S. adults age 65 and older were more likely to skip or postpone needed care. 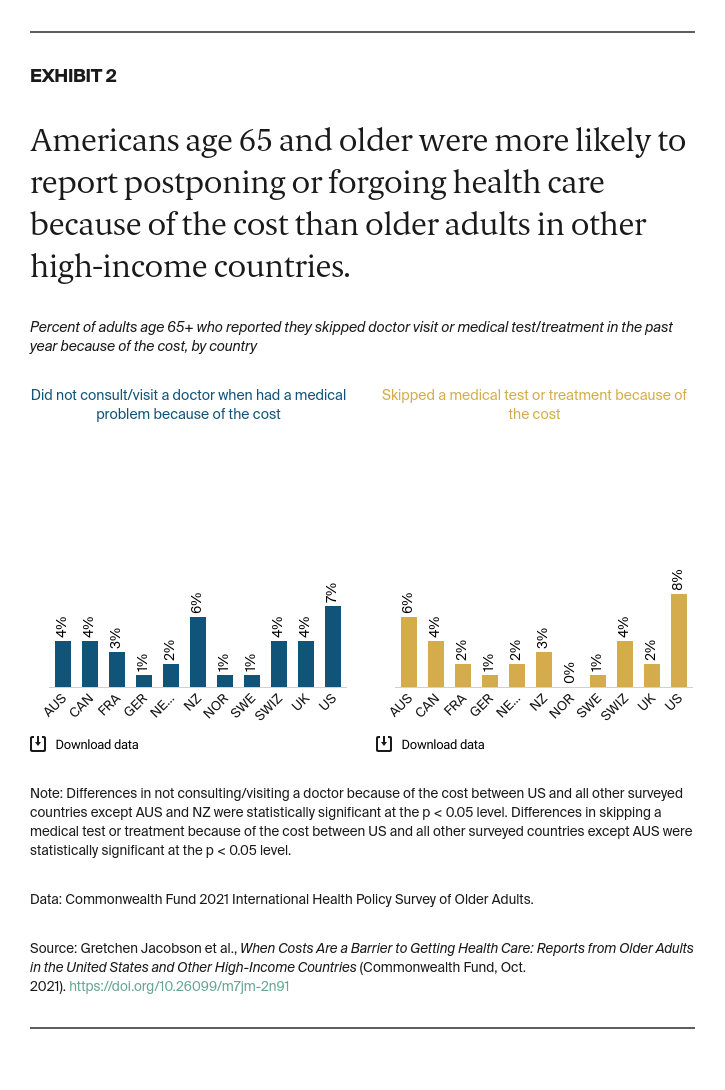 Similarly, rates of skipping a dose of medication or not filling a prescription for cost reasons were more than twice as high among Americans age 65 and older than among older adults in other high-income countries (Exhibit 3). In most countries, fewer than 2 percent of older adults reported forgoing prescription medication, whereas 9 percent in the U.S. reported doing so. 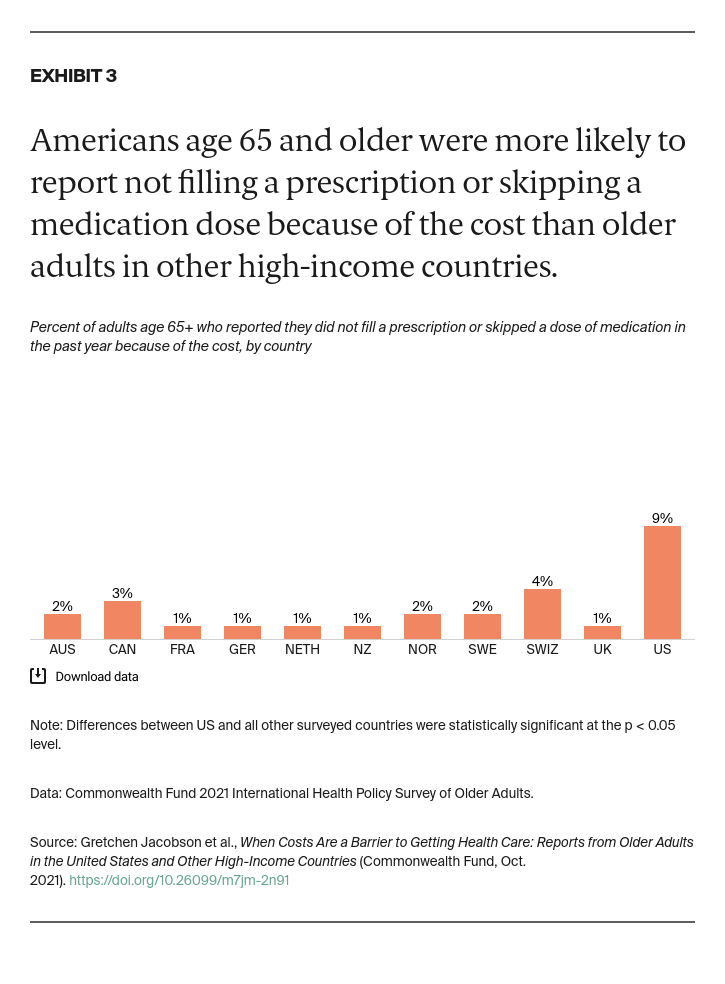 Dental care is a service that many countries either carve out separately from medical coverage or do not cover at all — despite ample evidence demonstrating the connection between oral health and physical health.5 In the United States, Medicare generally does not pay for dental services.6 Beneficiaries must pay the full amount for routine cleanings, fillings, exams, and other oral health services.

Other countries that provide medical coverage for all their citizens, including Australia, Canada, New Zealand, and Switzerland, do not pay for adult dental care. Some countries, such as Sweden, subsidize dental care, with the patient paying the bulk of the costs. In the Netherlands, it is not covered by national insurance, but the government regulates dental provider rates. In Germany, public insurance fully covers preventive care but only partly covers restorative dental care, so most people with public coverage buy supplemental dental insurance.

About one of six (16%) adults age 65 and older in the U.S. did not visit a dentist in the previous year because of the cost (Exhibit 4). A similar percentage in Australia, Canada, and New Zealand did the same — and none of these countries cover adult dental care. In other countries with more generous dental coverage, such as Germany and the Netherlands, only a small share of older adults did not pursue dental care for cost reasons. 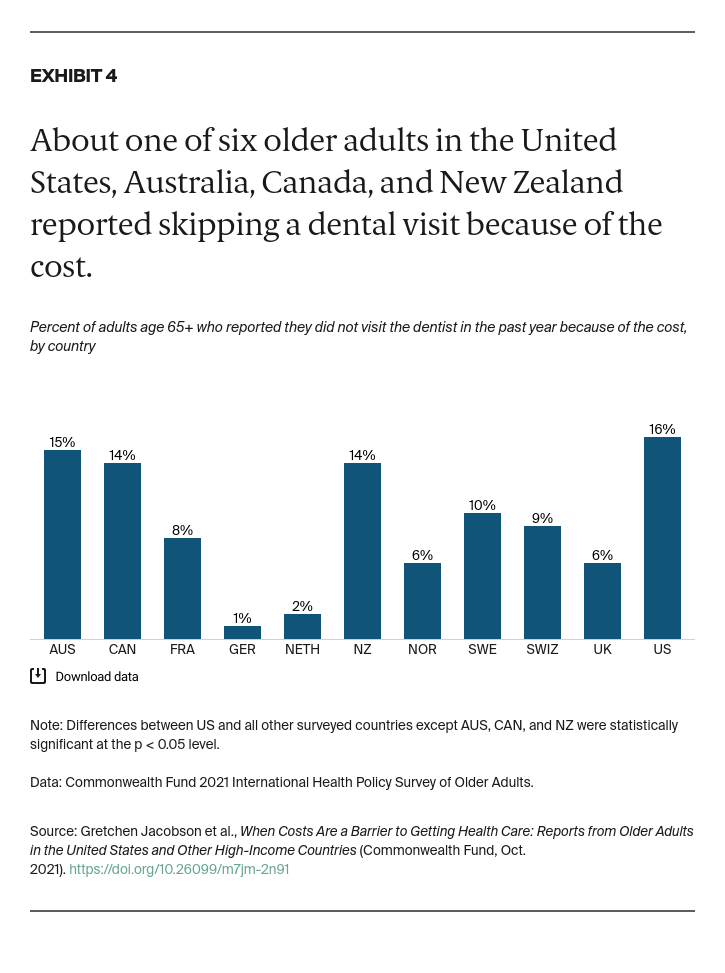 Overall, our analysis shows that the affordability of health care remains a concern for older adults and is leading American seniors to forgo care. Survey data show that older Americans pay more for health care and are more likely to postpone or skip care because of the cost than people in other high-income countries. Countries where more comprehensive coverage is available have fewer people skipping or missing care. Dental care illustrates the key role coverage plays in access to care: in those countries that carve out dental care from medical coverage, or fail to cover it at all, many people avoid getting their oral health needs addressed.

Care that is postponed or never received could have cost implications for Medicare. Evidence shows that forgoing health care is associated with poor health outcomes and increased risk of hospitalization.7 The COVID-19 pandemic in the U.S. likely exacerbated this disruption in access to care. Similarly, oral health plays a key role in overall well-being, and preventive dental exams can be an important factor in early detection of diseases like cancer.8

Congress is currently considering legislation that would add dental, vision, and hearing coverage to traditional Medicare. This change could lead to an increase in U.S. older adults visiting the dentist.

A total of 18,477 interviews of adults age 65 and older were completed for the 2021 survey. The full U.S. sample included 360 adults ages 60–64 or who reported being older than age 60 but did not give an exact age. These responses were not included in this analysis. Final country samples (age 65 and older) ranged from 500 to 4,332. Interviews were completed either online or using computer-assisted telephone interviews.

A common questionnaire was developed, translated, adapted, and adjusted for country-specific wording as needed. Interviewers were trained to conduct interviews using a standardized protocol. Response rates varied from 7.2 percent in the United Kingdom to 47.7 percent in Switzerland.

Gretchen Jacobson et al., When Costs Are a Barrier to Getting Health Care: Reports from Older Adults in the United States and Other High-Income Countries (Commonwealth Fund, Oct. 2021). https://doi.org/10.26099/m7jm-2n91