The U.S. Department of Homeland Security (DHS) has proposed a rule that would put the administration’s immigration policy in direct conflict with sound health policy. As George Washington University’s Sara Rosenbaum explains in a recent To the Point post, the “public charge” rule not only would jeopardize health coverage for millions of people who are lawfully in the U.S. or seeking to lawfully enter the country, it would disrupt preventive and ongoing care. By disrupting coverage for so many people, the rule also will have a significant impact on the delivery system, reducing Medicaid support for health care providers and driving up uncompensated care. Safety-net providers and health care providers in communities with large immigrant populations will be particularly hard-hit, affecting not only their fiscal health but their ability to serve the broader community. 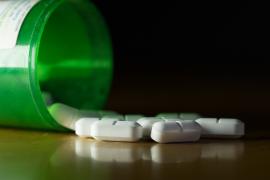 Medicaid Provisions in the SUPPORT Act: An Important Step Forward in the Opioid Epidemic, but the Road Ahead Is Long

The proposed rule — which is open for public comments through December 10 — wouldn’t alter Medicaid eligibility rules; instead, it would cause coverage to be viewed negatively by the DHS when it assesses whether immigrants can enter the country, extend their stay in the United States, change their visa status, or adjust their status to secure a green card.1 Only lawfully present immigrants — most of whom are working and paying taxes — are eligible for Medicaid and, as a result of the rule, many are likely to drop their coverage (or not apply) to avoid endangering their immigration status. Other people who are eligible for Medicaid — including citizen family members of immigrants subject to the new rules and some lawfully present immigrants who may not technically be subject to a public charge review — also might drop their coverage because of fear or confusion about how the rules might apply to them and their families.

The population of Medicaid or Children’s Health Insurance Program (CHIP) beneficiaries who could be subject to this chilling effect is estimated at 13.2 million as of 2016, including 4.4 million noncitizen adult and child beneficiaries along with 8.8 million citizen beneficiaries who have a noncitizen family member. The exact number of people within this group who would drop or not apply for Medicaid or CHIP as a result of the rule is difficult to predict; the rule does not change eligibility but rather attaches significant, negative consequences to enrolling. The Kaiser Family Foundation estimated that Medicaid and CHIP disenrollment rates under the proposed rule would range from 15 percent to 35 percent for affected groups.

In recent years, many states have adopted Medicaid reforms that seek to reduce gaps in coverage and better manage care. For immigrants and their families, some of these gains could be undone if the public charge rule forces them to choose between enrolling in Medicaid and their immigration status. If they opt out of coverage, people are more likely to skip routine primary and preventive care, which in the long run could lead to unmanaged conditions and more expensive care.

Take, for example, a working mother who delays having a worrisome growth examined and is later diagnosed with late-stage cancer; at some point she will be forced to seek care and have little choice but to enroll or reenroll in Medicaid, resulting in higher spending and likely worse outcomes. People who do not enroll in Medicaid may receive emergency or inpatient care, but they will not be able to afford medications and necessary follow-up services to maintain their health. In addition, the proposed rule would make other benefits that are critical to health — including the Supplemental Nutrition Assistance Program — subject to the public charge determination.

If many immigrants and their families no longer enroll in Medicaid, safety-net providers are likely to treat rising numbers of uninsured patients needing acute or inpatient care, leaving hospitals to shoulder the bill as uncompensated care. While the rule would exempt coverage used only to treat emergency medical conditions from consideration as part of public charge determinations, people would still have to apply for that coverage, which they may be reluctant to do because of concerns that it would be counted against them. Similarly, use of Medicaid for only short periods of time — enough to secure coverage for catastrophic conditions — might not trigger a public charge finding depending on other circumstances, but the implications may not be known at the time care is needed. Many people would not want to take that chance, adding to hospital uncompensated care.

As immigrants — and potentially their family members — forgo Medicaid coverage, health care providers nationwide would lose Medicaid revenue. Safety-net providers would be particularly hard-hit, along with providers that treat high numbers of immigrants. Diminishing support from Medicaid and rising uncompensated care is likely to force some hospitals to reallocate resources, potentially reducing services that benefit the entire community, not just immigrants. For example, if hospital operating margins become too thin as a result of increased uncompensated care, hospitals might scale back outpatient clinic hours or other services that are utilized by far more than immigrants.

The public charge rule nominally addresses immigration policy, but it would have far-reaching health consequences for low-income immigrants and their families and would weaken the Medicaid delivery system on which immigrants and many others rely.

1 The public charge rule would apply to certain categories of immigrants who are in the country legally, for whom benefit eligibility already is restricted. Only lawfully present immigrants may be eligible for Medicaid, Children’s Health Insurance Program (CHIP), and marketplace coverage (including subsidies for coverage). For Medicaid and CHIP, lawfully present immigrants typically must wait five years after receiving their qualified immigration status to access coverage. The majority of states make Medicaid and CHIP available to pregnant women and/or children without a five-year waiting period, as permitted by federal law. Some immigrants, like refugees and asylees who are eligible for benefits are not subject to public charge determinations.