While enrollment in the ACA’s SHOP marketplaces — where small-business owners can offer health insurance to their employees — has been lackluster, some states have seen enrollment growth

New York, California, and Rhode Island have all experienced enrollment growth in their SHOP health insurance marketplaces for small businesses

The Affordable Care Act’s (ACA) reforms led to significant coverage gains, including in the small-business community. While there is clear value in offering health insurance to recruit and retain employees, small businesses have historically struggled to provide coverage to their workers. With this in mind, the ACA established the Small Business Health Options Program (SHOP), creating state and federal marketplaces for small employers to offer employees a range of qualified health plans. But the SHOP marketplaces have seen lackluster enrollment, and today most do not offer an online platform.

Already Underperforming, SHOP Has Been Stunted by Federal Actions

SHOP marketplaces were intended to provide a platform through which small employers could offer employees a choice of plan options and help pay for them through a newly created federal tax credit. States were initially required to establish SHOP marketplaces or rely on HealthCare.gov.

What Is the Small Business Health Care Tax Credit?

Small-business owners can claim a tax credit when they offer employees coverage through the SHOP marketplace.a The tax credit is worth up to 50 percent of premiums paid by the employer, or 35 percent of premiums paid by small tax-exempt employers, offered on a sliding scale based on employer size. It is available for two consecutive taxable years.

To be eligible for the credit, employers must:

a The IRS has allowed businesses with a principal address in a county with no available SHOP plans to claim the Small Business Health Care Tax Credit if they offer qualifying coverage that meets certain federal standards. See Internal Revenue Service, “Section 45R — Relief with Respect to the Tax Credit for Employee Health Insurance Expenses of Certain Small Employers for 2017 and Later Years,” IRS Notice 2018-27, Apr. 2018.

But the SHOP has yielded disappointing results. Enrollment in state and federal SHOP marketplaces lags individual marketplace enrollment. In recent years, the U.S. Department of Health and Human Services (HHS) transitioned the federal SHOP marketplace to “direct enrollment,” in which small businesses buy coverage directly from insurers or through brokers. While this model provides a path to coverage for employees, it departs from the original SHOP vision of a single, neutral portal through which employers could offer employees a choice of plans and insurers, displayed without influence of insurers’ and brokers’ financial incentives. HHS also abolished a rule, intended to boost SHOP participation, that prohibited insurers with significant market share from participating in a state’s individual marketplace unless they also offered coverage through the state’s SHOP. The existence of small-group plans that do not comply with the ACA and the relatively low value of the small-business tax credit also have contributed to the program’s underwhelming performance.

While the federal government appears to have given up supporting a small-group insurance marketplace, state-based marketplaces are finding ways to serve the small-business community through SHOP.

Although SHOP enrollment remains quite modest, several state-based marketplaces have seen significant enrollment increases in their small-business lines. California’s marketplace highlighted five consecutive years of double-digit percentage enrollment growth, pointing to relatively low premium increases and expanded insurer participation. The Massachusetts SHOP saw record enrollment last year with more than 7,000 enrollees, and the marketplace authority found that small employers and their employees save an average 20 percent compared with peers who purchased off-marketplace coverage. The D.C. SHOP marketplace has robust competition, in part because all ACA-compliant small-group coverage is sold through the SHOP. Employers reported cost savings and enrollment (79,809) that far exceeds most other state-based SHOPs. The Rhode Island SHOP has seen steady enrollment growth and relatively high small-group market share, which an exchange official attributes partly to the “full-choice” model that allows employees to select any plan across all available issuers and metal tiers.

While most state-based marketplaces now operate their SHOPs through direct enrollment with insurers or brokers, some continue to run their own websites for small businesses. Maryland will soon launch its own platform. Some states with their own SHOP platforms have leveraged technology used by other states, making it easier to establish and maintain this resource.

Still, there has been a marked decrease in state-based SHOP platforms since 2016 and some states are seeing positive outcomes from the direct-enrollment model. New York’s SHOP, which operates through direct enrollment, attributes a significant increase in employers’ participation to the ease of accessing the small-business tax credit through the direct-enrollment system. The marketplace authority also cites direct enrollment as a source of the New York SHOP’s record insurer participation.

While coverage has increased among small-business owners and their workers, the small-group market faces challenges. Unregulated insurance products are on the rise, and federal actions may drive small businesses toward inadequate or discriminatory products. As states look for ways to address the small-business community’s health insurance needs, a standardized enrollment entity connecting small businesses to quality coverage options may offer a solution. 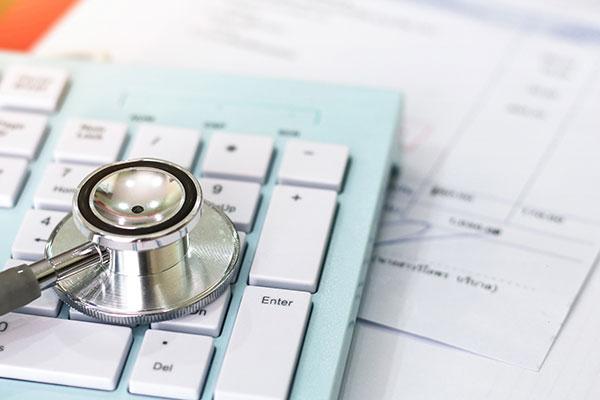