“Why I Love My Job”: Listening to Primary Care Physicians for Low-Income Patients

This feature is the second in a series, “Listening to Primary Care Physicians for Low-Income Patients,” that draws on findings from focus groups to describe, in doctors’ own words, the joys and the challenges of serving low-income patients 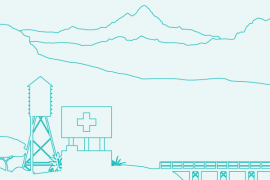 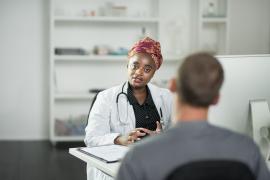 Rosa Licea, M.D., grew up in a predominantly Mexican community in Illinois and always knew she wanted to be a primary care provider: “I am Latina, and was a patient of a family practitioner when my mom took us to doctors. So I grew up knowing that is what medicine is about. My doctor was a family medicine doctor who saw everybody in the family. He was also Latino.”

Now, 55, Licea lives and works in a majority Latino community in Cicero, Illinois, providing primary care to low-income patients in what she describes as an overpopulated, underserved area. “I chose it because I’m of the same culture and I feel the need is high here,” she said.

The Commonwealth Fund spoke with Licea and 30 other primary care doctors who care for low-income patients, first in focus groups, and then in detailed follow-up interviews and learned firsthand about the pride and joy they derive from their work. One study, of over 5,000 physicians nationwide, found that primary care physicians value long-term relationships with patients and are also more satisfied with their jobs than other physicians.

To be sure, the doctors we spoke to face numerous challenges, which our first post explores in detail. Here, we focus on the joys they experience despite obstacles to meeting their patients’ needs in the absence of adequate resources.

Becoming Part of the Family and Community

The primary care providers we interviewed said one source of joy was feeling integrated into their patients’ families and communities. “Your patients get to know you as a physician as well as personally because it truly is a community and you are part of it,” said Clara Shnaidman, M.D., who practices in a rural community in Perth, New York, about her practice.

“Primary care is like following the patient over their lifespan. I have patients who have been with me 20-some years. [I also see] their families, their in-laws, their neighbors,” said Victoria Chen.  Chen works with low-income patients in Baldwin Park, California. What she enjoys most about being a primary care provider is participating in her patients’ lives – from weddings and quinceañeras to funerals.

Primary care providers serving low-income patients told us they find themselves treating conditions that would fall outside the medical borderlines of a traditional U.S. primary care practice. Almost all said their patients have trouble seeing specialists, be it getting an appointment or overcoming a language barrier. Stepping in to provide care that would otherwise fall to a specialist can be a challenge. But it is also a source of pride and joy for many, because without it, they know their patients would not get the care they need.

“We get the patient the best care we are capable of giving,” said Shnaidman, in New York. “Without this care, [their conditions] would be even worse.”

Licea says that on a daily basis, she treats patients who would ideally need mental health care or to see a dermatologist. “I see patients who come in with a rash for the third or fourth visit, after I had tried the essential treatments, and it’s not any better,” she said. Licea calls a colleague for guidance or sends them a picture of a skin condition to get advice on treatment. It isn’t easy to rely on other doctors this way, but it’s the only way to help her patients.

Making a Difference with Emotional Support

One of Chen’s patients came into the clinic recently, not with a medical condition but to talk about her son’s drug use. “She was frustrated, she was embarrassed, and she had nowhere to turn… and I don’t think I helped her to solve any problems, but I was pretty much there to provide the emotional support,” Chen said.

Several physicians expressed that in additional to medical care, their patients wanted someone to listen to their troubles. Providing this shoulder to cry on is what makes their jobs fulfilling.

“Being able to talk to patients and identify their issues that no one else has addressed before is one of the rewards I get from taking care of patients,” said Colin Ottey, M.D., who is the only primary care provider at a group practice in Cumberland, Maryland.

Cumberland is one of the poorest cities in Maryland. Many of Ottey’s patients lack access to affordable, nutritious food, don’t know how they are going to get to their next appointment, and can’t even afford small copays for their medications. As he learns about his patients’ needs, he tries to connect them with resources in the community.

“I like being that force of change and an advocate for my patients and trying to get them the help that they need,” said John Sharma, M.D., who practices at a community clinic in Robinson, Illinois. One of Dr. Sharma’s patients is an 11-year-old child with anxiety and depression. “He knew exactly how he wanted to commit suicide – by hanging himself with his baby blanket,” said Sharma.

But Sharma was unable to get this patient to a mental health specialist, largely because of a shortage of mental health professionals in his area. “We just don’t have the resources – there are a couple of clinical psychologists in the community, but they are already maxed to the limit,” he said. In addition to prescribing low-dose anti-anxiety and anti-depressant medication, Sharma says he sees the patient and his mother every one or two weeks. “It’s very nerve-racking. I know I need to watch this kid closely,” he said.

Low-income patients’ insurance plans tend to reimburse primary care providers at lower rates than do insurers of higher-income patients. This is especially a problem with Medicaid, the main health insurer for low-income people in the U.S., which has historically paid much less for primary care services than other insurers. In addition to the financial burdens, many primary care providers expressed that the paperwork and bureaucracy was the least enjoyable part of their jobs.

But many also said the interactions they have with patients makes it worth it. “When you live in a small town like this and somebody runs up to you at a baseball game or in the grocery store  and  gives  you  a  hug  because  of  something  you  did  for  them,  I  think  that  is  all  the  pay  that  you  need  sometimes. That doesn't pay my school loans back, but I sleep better at night, and that's far more important to me,” one provider said in a focus group interview.

Working with and Training Other Health Care Providers

Caring for low-income patients requires teamwork and care coordination, in large part because they may not have access to social services that impact health, like healthy food, housing, and transportation. For low-income patients who don’t speak English, language is an additional barrier to accessing care.

Almost all Dr. Chen’s patients are first generation Hispanic or Asian immigrants. She’s able to communicate with them because she speaks Mandarin, and her administrative staff  — whom she refers to as her guardian angels — speak Spanish.  Many staff members serve as translators, helping her patients to communicate with specialists who may not have such services. “They are the primary reason I survive this. My staff is very, very helpful,” she said. Some have gone on to medical school, or work as physician assistants, she said.

Another focus group participant said that one of the most satisfying parts, aside from patient care, is teaching medical students, residents, and nurse  practitioner  students. “I'm so grateful to plant the  seeds… so that more people can help underserved patients no matter where they may  find them.”

In the next piece, we will explore some of the specific challenges primary care providers serving low-income patients in rural communities face.